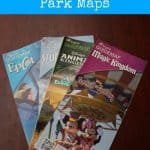 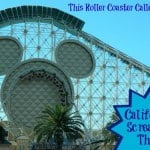 Our family has fond memories of Disneyland!  As you may know, we used to live about eight hours from Disneyland, so it was a nice place for a vacation that didn't cost an arm and a leg for traveling there.  Well, I guess I should point out that the cost depended on how we got there.  If we drove and left very early in the morning, we could be having a late lunch … END_OF_DOCUMENT_TOKEN_TO_BE_REPLACED 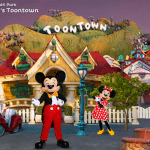 If you have an iPad, have you downloaded the Disneyland Explorer app, yet?  This app has been so popular with the kids, that I just got a chance to take it out for a spin.  If you are planning a trip to Disneyland or want to relive some of the memories of a previous trip, this is the app for you!  Plus, it is FREE! There is so much to see and so much to do in the app!  It … END_OF_DOCUMENT_TOKEN_TO_BE_REPLACED

As I said in my previous post, I had returned from vacation to find that I was behind in my posts.  By minding my P's and Q's, I am happy to say that this post will complete my catch-up posting.  :-) While we were at Disneyland last, we wanted to do something for a friend who is expecting her first child this year.  We knew that she was going to decorate her nursery in a Pooh … END_OF_DOCUMENT_TOKEN_TO_BE_REPLACED

It is so hard to realize that it is September already!  Where has the year gone?  Shortly, it will be Christmas and then the New Year... My flashback for today is from a trip to Disneyland at the beginning of the holiday season.  It was during the first full week of the Christmas festivities and decorations last year.  The guys decided to go back to the room before the … END_OF_DOCUMENT_TOKEN_TO_BE_REPLACED