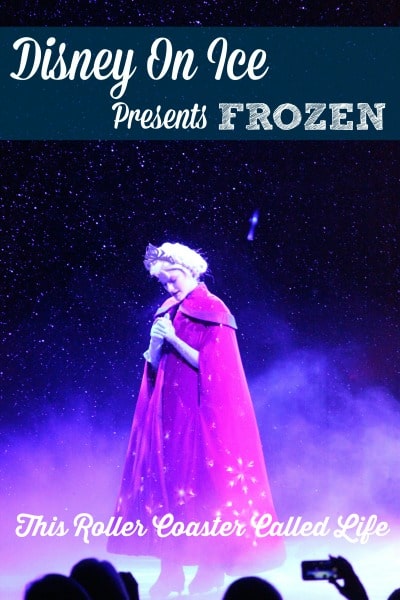 Last night, we had a great time in Hershey watching Disney On Ice presents Frozen Presented by Stonyfield YoKids Organic Yogurt at the GIANT Center.  We had been to a couple of Disney On Ice shows prior to Frozen, but Frozen is now at the top of our favorite list!  Frozen was the perfect movie to be made into a Disney On Ice show! 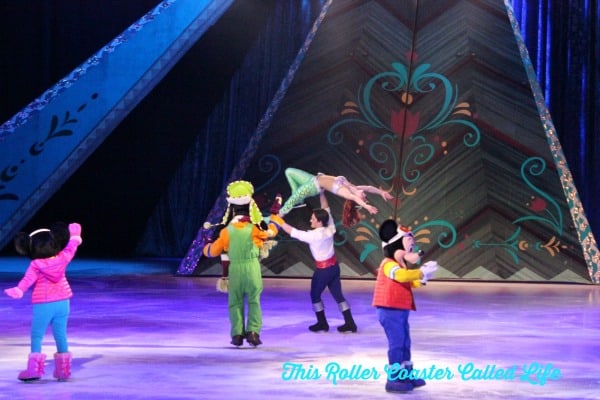 As the show started, Mickey and Minnie started talking about love stories and how there are different kinds of love stories.  Then, several Disney couples and friends came out to skate together.  There were Disney Princesses and Princes, Woody and Buzz, Nemo and friends, Donald Duck, and… 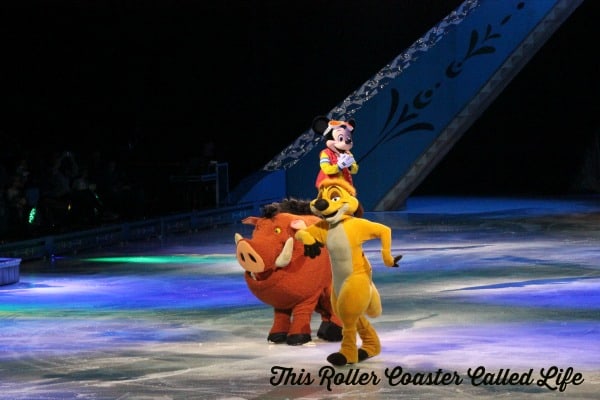 Timon and Pumbaa.  I thought it was so cool to see these two out on the ice and still wonder how Pumbaa was done. 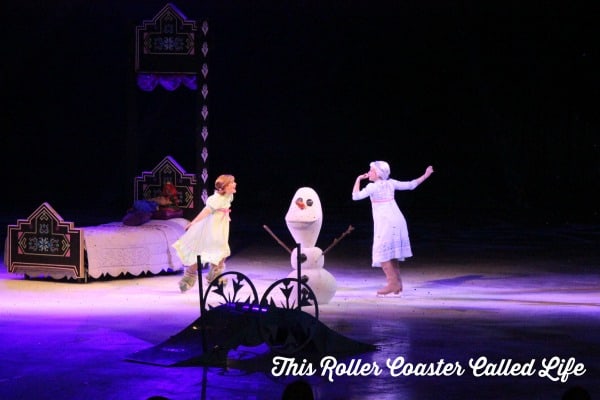 Then, the story of Frozen was introduced.  I like how the props for the story were used.  I wondered how they would do certain scenes, and it was interesting to see how they handled multiple things happening at the same time by defining different spaces on the ice. 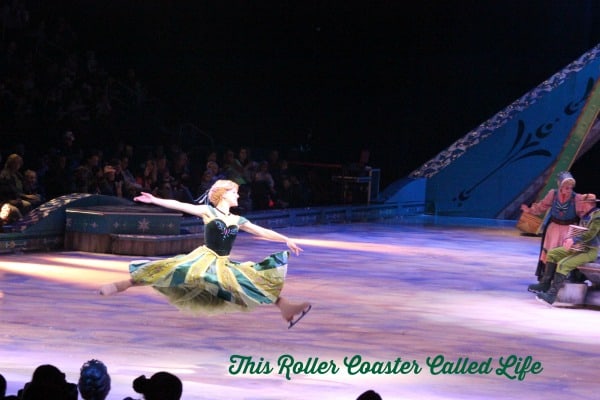 In addition to the story line, there were lots of fun skating moves.  The crowd at the show (and yes, there were a LOT of people there) was so into this show!  Have you ever heard an entire arena singing along to the songs?  It really was an experience! 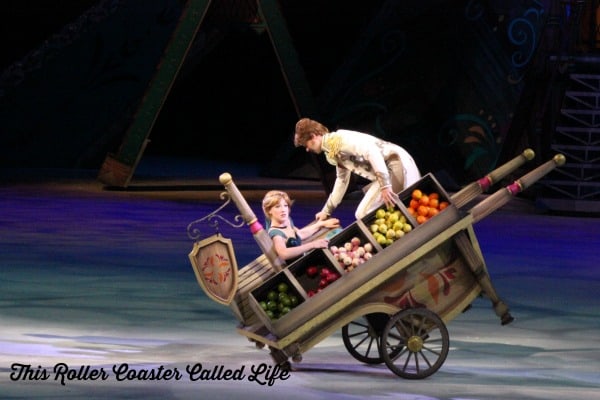 There had to be a few minor changes to make this story work on ice…  I mean, could there really be a body of water in the middle of an ice rink? 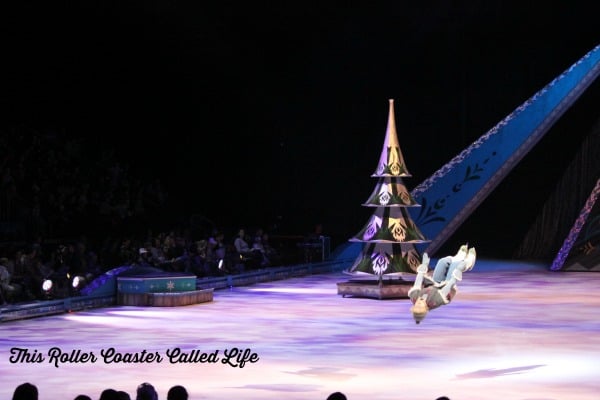 Did I mention the skating?  Kristoff’s skating was so well done, and the flips were just amazing! 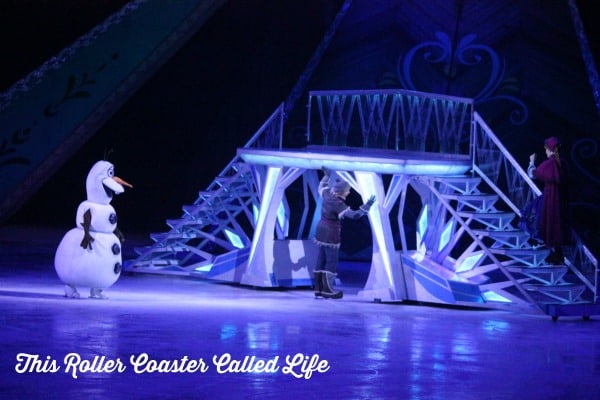 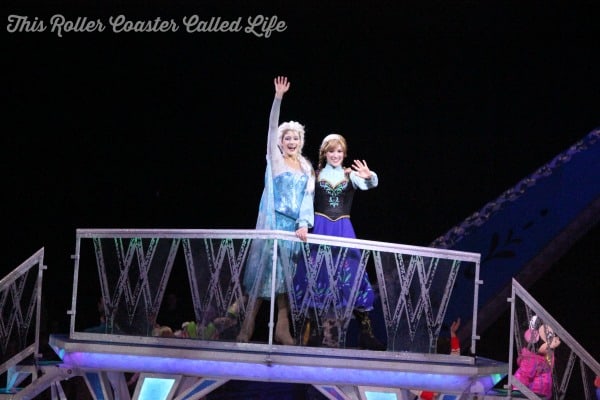 Of course, we all know how the story ends.  Anna and Elsa’s sisterly love wins, and Arendelle thaws and returns to normal.

Have you seen Disney On Ice presents Frozen, yet?