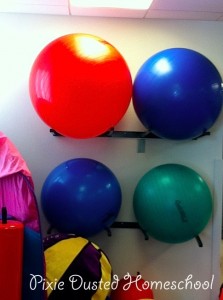 When DS8 woke up on Tuesday, his last day of therapy, he was so sad.  He has grown very close to his therapists!  He said, “I don’t want therapy to end.  Miss K and Miss C are so nice!”  This broke the therapists hearts…

Well, today, we are seeing another specialist.  Most of the specialists that we have seen have agreed with each other, as far as, what they think the kids’ problem is, but not one will put it in writing.  The problems that the kids have actually overlap several diseases, so giving it the name of one disease has not happened, yet.

Today, the kids are seeing the latest referral.  Yes, “kids”.  We had just been taking DD12, hoping to find an answer and then, test DS8 for the same disease.  However, DS8 has developed a new symptom that now necessitates including him in the appointments.

We spent most of the summer inside because DS8’s sensory-caused outbursts increase when he is hot.  So, we have avoided some of the outbursts by keeping him cool.  When we went to Disneyland last month, DS8’s legs broke out in the heat of the park.  This is a little different than DD12’s petechiae in response to heat, so now, DS8 gets his own appointment.

So, now…  The million dollar question is…  Will we get closer to the answer with this appointment today?  If so, what does the future hold?  Even though I don’t know the answer to these questions, I know that God does.  I also know that He will give us the correct answer and treatment in His time.