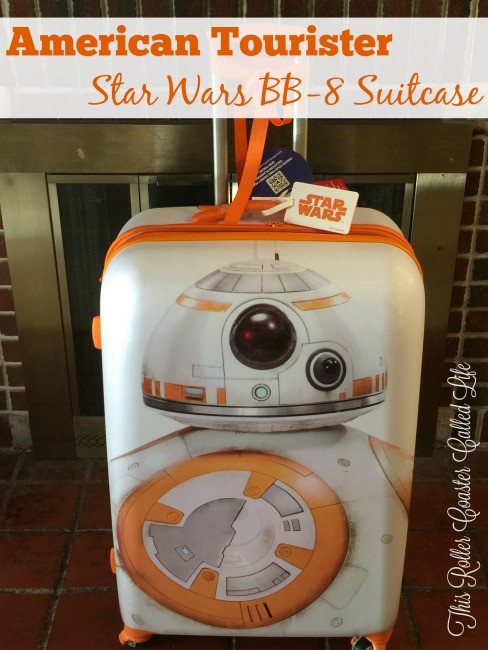 I am now the mother of two teenagers…  My son turned 13 last month, and I can’t thank American Tourister enough for playing a huge part in my son’s birthday celebration!  They sent over this great BB-8 28 inch Spinner suitcase for him to #PackMoreFun on his birthday trip.  (This is my FTC disclosure saying that I received this suitcase free of charge.)

Marvel Boy’s sister, Songbird, was so excited to be a part of this surprise!  See, we were taking Marvel Boy to a hockey game and on an overnight trip to Hershey for his birthday celebration.  This suitcase from American Tourister was going to be a great surprise for him!  We had him get his clothes together to pack and told him to come downstairs.  Songbird and I were standing side-by-side in front of the suitcase, so he couldn’t see it when he came downstairs.  As he came into the living room, Songbird and I moved apart, and he was able to see the suitcase.  Marvel Boy was SO surprised! 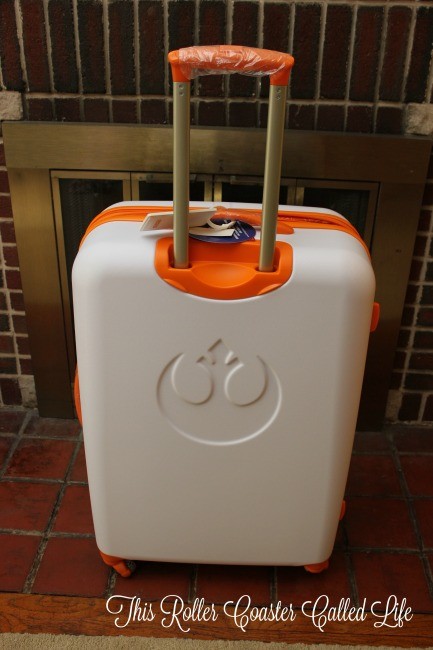 Look at the Rebel/Resistance symbol imprinted on the back of the suitcase.  Great detail! 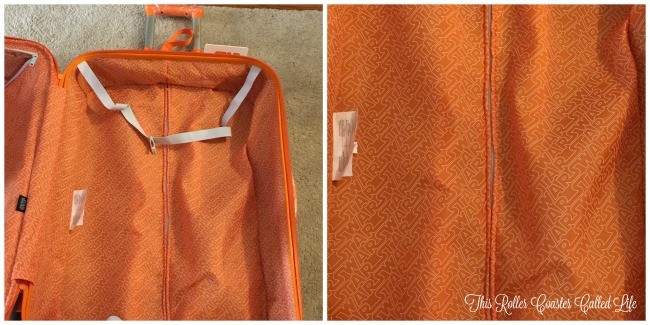 Then, Marvel Boy opened the suitcase to start packing.  We were only going on an overnight trip, so he packed all of our clothes in his suitcase.  He can’t wait to pack this suitcase for our Disney cruise later this year! 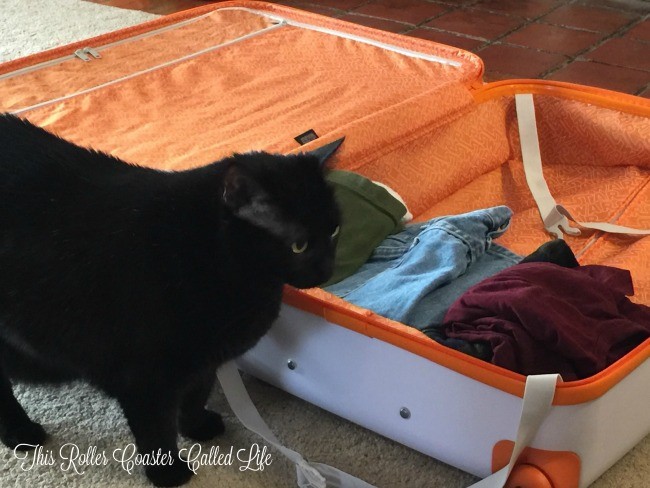 Even the cat had to come check it out.  Yes, there was room left for the cat when we were done packing, but Duffy the Disney Bear and his clothes took up some of the extra space.  The poor cat had to stay home. 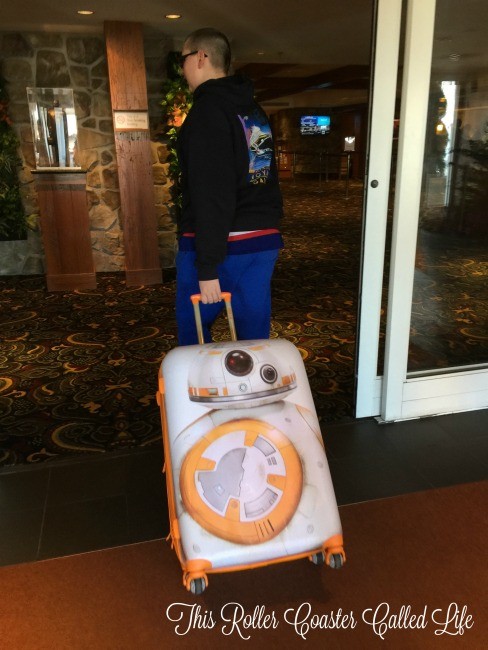 We packed up the suitcase and headed over to Hershey.  Marvel Boy proudly wheeled his suitcase into the Hershey Lodge when we got there.  He is very territorial when it comes to suitcases, and he reminded us more than once that this is his suitcase. 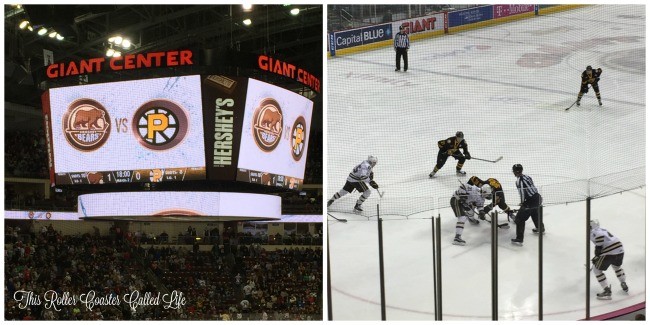 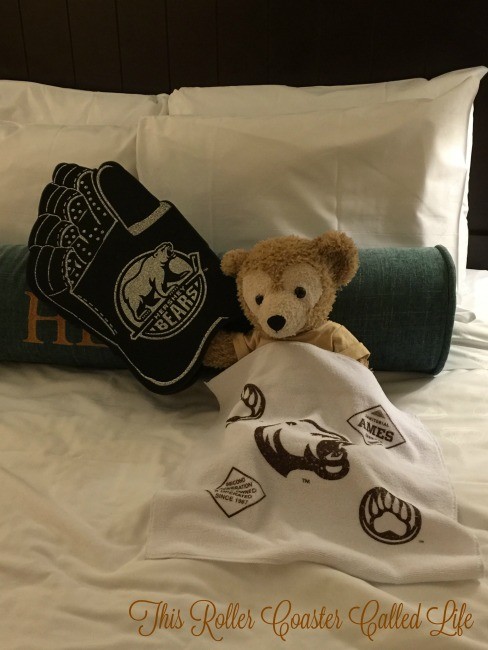 Marvel Boy didn’t have much of a voice left after cheering his hockey team on, so we took him back to the Hershey Lodge and gave him some water and a snack.  It was late, by this point, so we headed to bed.  Even Duffy was tired. 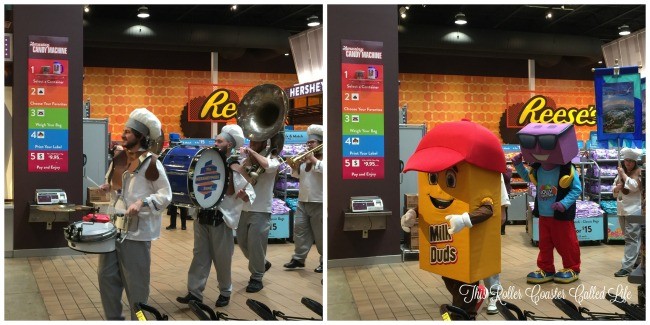 This was just an overnight trip, but who could resist the urge to visit Chocolate World during Chocolate Covered February?  Chocolate World really knows how to throw a party celebrating chocolate!  [Note for parents with kids who have sensory processing issues…  When there is a band in Chocolate World, it is VERY loud.  We have never seen a band there before, but it didn’t really go over well with Marvel Boy.  Even without a band, it can be fairly loud in Chocolate World, so it might be worth bringing the earplugs/headphones if your child might need them.]

After the cookies were eaten, we headed out to the car and toward home.  We all had a great trip, especially Marvel Boy.  He seemed to enjoy everything about the trip and was really happy to get the suitcase as a gift.  He had been asking for one of the Star Wars suitcases since he first saw one.

Are you a Star Wars fan who has a trip coming up?  You might need to pick up one of American Tourister’s Star Wars suitcases to #PackMoreFun for your next trip!