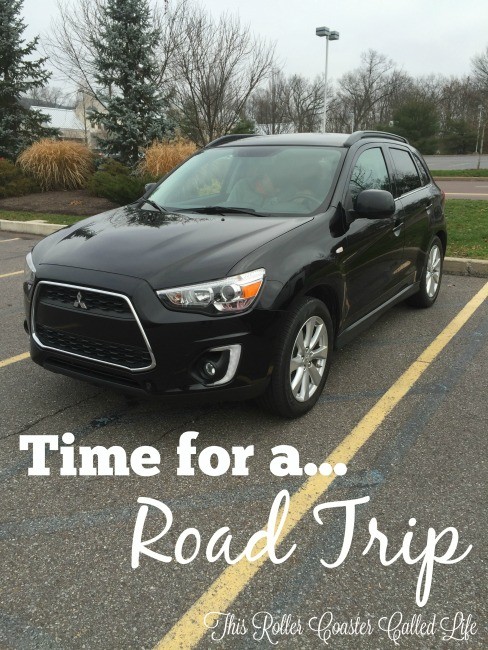 Time for a Road Trip

Toward the end of last year, I was asked to take a 2015 Mitsubishi Outlander Sport for a week-long spin. So, what do you think we did with a loaned car?  We decided it was time for a road trip!  [This is where I tell you that the vehicle was on loan from Mitsubishi for free and all opinions in this post are mine.  Make sure to read to the end of the post to see my thoughts on this vehicle.]  Yes, road trip! 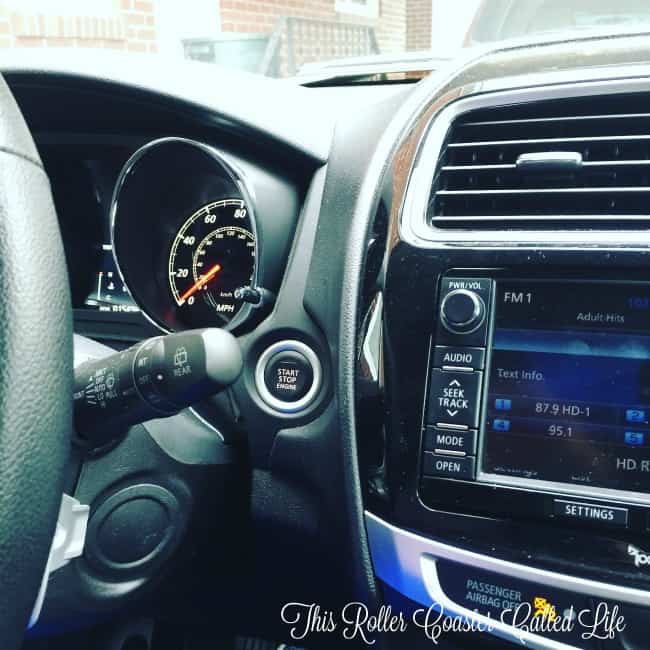 Before taking off, I needed to familiarize myself somewhat with the 2015 Mitsubishi Outlander Sport.  There were a lot of bells and whistles on this vehicle!  Translation:  It was loaded.  I loved the push button start!  As long as the keyless fob was close enough, all I had to do was to push the button, and this baby purred to life.  As you can see, there was a full navigation system.  As you will see in a later picture, there is quite the speaker system in this vehicle, but alas, we had an awful time getting our phones to work with the music system.  A majority of the time, we just listened to the radio. 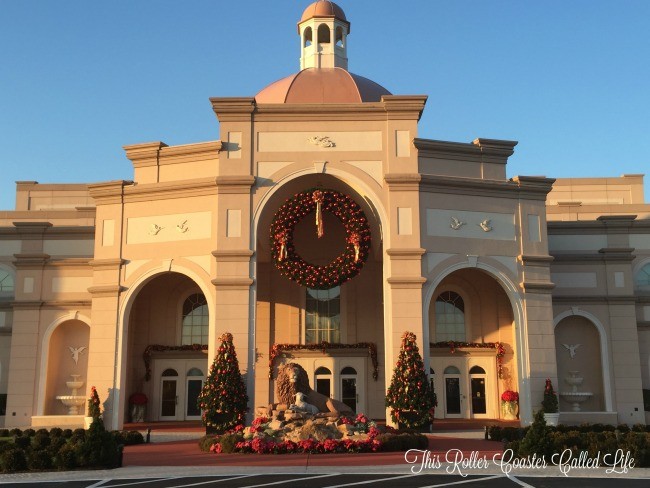 We packed up what we needed for an overnight trip and headed over to Lancaster for some shopping.  Both kids wanted to buy more Sight & Sound Theatre show on DVD.  That ended up to be our first stop, followed by a late lunch/early supper at the Hershey Farm Restaurant & Inn. 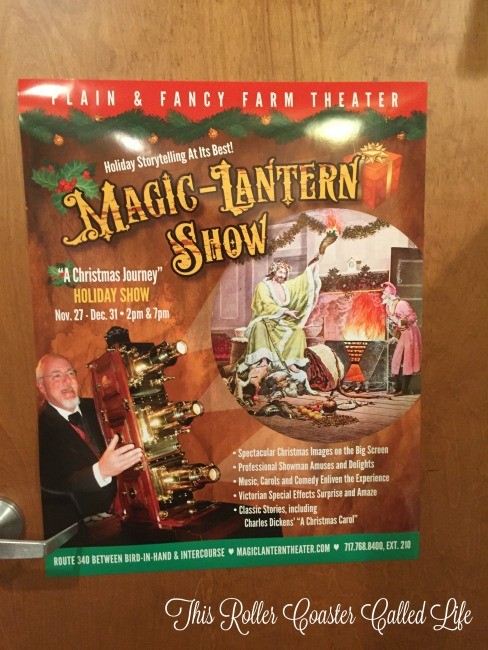 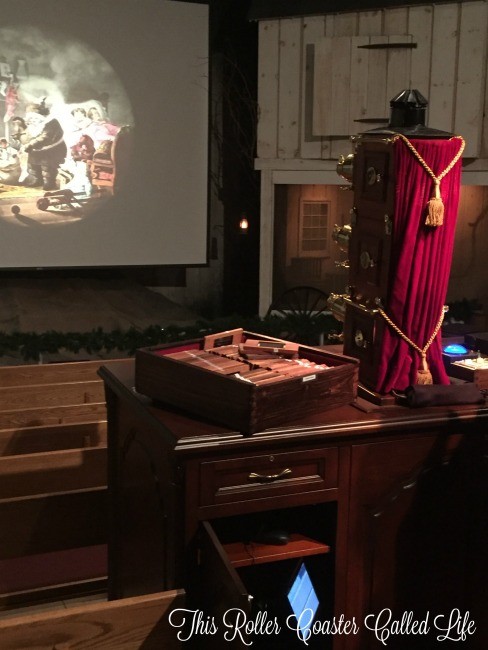 This is definitely a living history lesson as Magic Lanterns started as early as 1657 when they used candles.  Well, this Magic Lantern doesn’t use candles, and it’s history is probably an entire blog post on its own.  However, everyone in the theater was amazed at this wonderful show that used this lantern, old glass slides, and the storyteller telling the stories.  It is so hard to describe here, but it was great, and I can’t wait to take the kids to the patriotic show this summer! 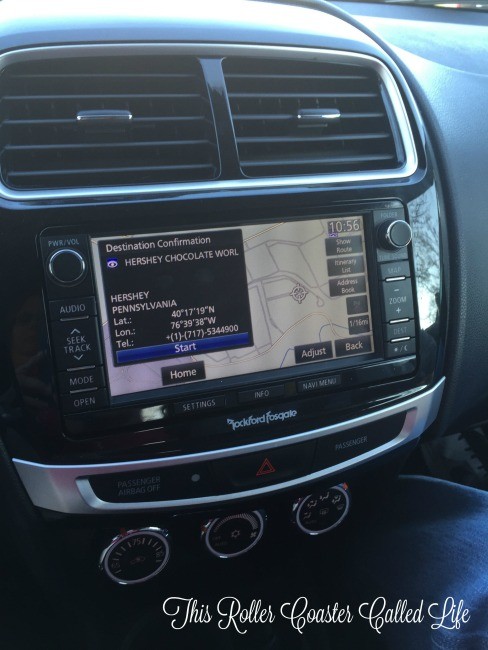 After the show, we headed to a hotel for the night.  The next morning after breakfast, we plotted our way to Hershey.  We decided that as long as we were this close, we would get one last ride on Laff Trakk for the season. 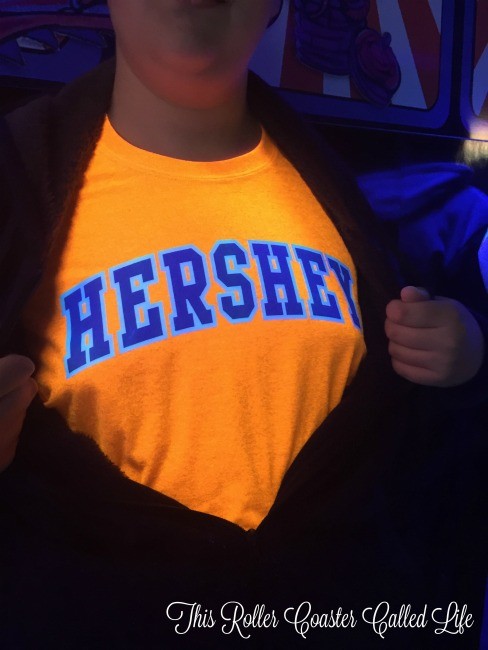 After all, it is my son’s favorite ride!  We walked around the park, rode a few rides, including Laff Trakk a few times.  We split whoopie pies for a snack and headed over to Chocolate World to pick up some fresh chocolate to last us until the next time we could make it over the Hershey. 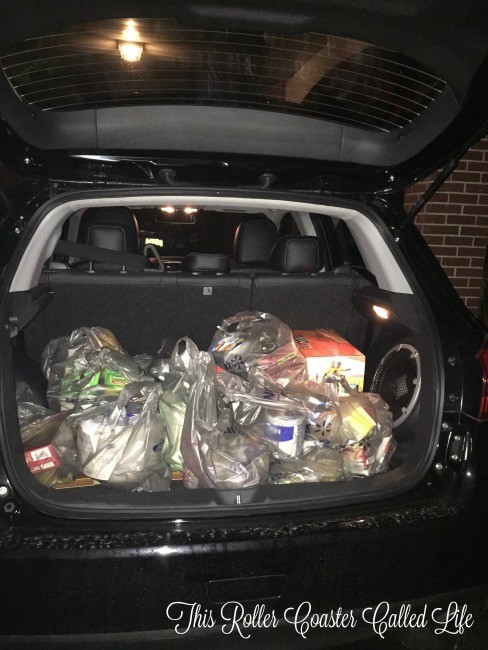 It was now time to head home in the 2015 Mitsubishi Outlander Sport.  Once we got home, we had to unload our bags and head over to the store to pick up a few groceries for the week.

So, what did we think about the 2015 Mitsubishi Outlander Sport?  There were several pros: heated seats, push button start, maneuverability.  However, there were a few things that didn’t work out for our family.  The back end seemed very small.  I know it is a “Sport” version, which means it is smaller.  However, we do pack quite a few things for road trips.  For our family of four, we could have used more storage room.  For many, this would be adequate as the seats do fold down.  Don and both kids are very tall, and all of them told me the back seat was rather cramped in the legroom department.  Also, I couldn’t get any of our three phones to work with the stereo system with any consistency.  The system may just not have been working in the vehicle we had.

Disclosure:  I was asked to test drive a 2015 Mitsubishi Outlander Sport by DriveShop.  It seems like a great vehicle but just isn’t the right fit for our family.  All opinions are mine.