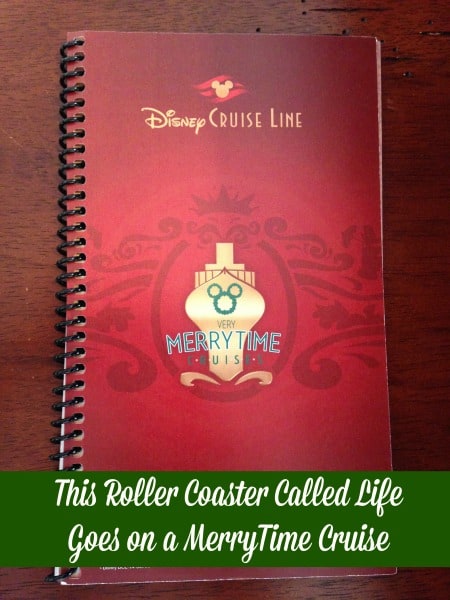 Yep, you read that title correct-itic-ily.  And, yes, I did just quote Alice in Wonderland.  We will be going on a cruise in the near future!  But, not just any cruise… A Disney Cruise!  We will be sailing on the Disney Dream this holiday season.  Today, I will list some cool things that I have found out about the ship, as well as a few things that I’m looking forward to.

The Dream is part of the Dream Class (the Magic and Wonder are part of the Magic Class; the Dream and Fantasy make up the Dream Class) and is the third ship of the four that are currently in the Disney fleet.  This ship has a length of 1,115 feet, a width of 125 feet, max, and it weighs a shocking 130,000 tons.  The Dream is themed to an “Art Deco” style, has fourteen decks, and has 1,250 staterooms with the ability to comfortably hold four thousand passengers!  And that’s not including the approximately 1,500 crew members.  The Dream‘s horn can play several different tunes; such as “When You Wish Upon a Star”, “A Pirate’s Life For Me”, and “A Dream is a Wish” among others.  If the Dream‘s name doesn’t ring any bells (get it?), you might have seen its statues.  No, not statues of the ship itself; the statues in the ship.  Perhaps you’ve seen Sorcerer Mickey making the brooms from Fantasia paint the stern of the ship, or maybe you’ve seen a picture of Admiral Donald standing in the ship’s Atrium (think the main lobby).  (For those who are wondering; yes, Don already told me that I would have to call him Admiral during the entire cruise.)

I guess I should mention what is included when one pays for a Disney cruise, shouldn’t I?  Here’s a list:

I can just taste the Mickey Bars… Sorry.  Back to Disney Cruise Line.

Let’s talk about some of the things that I mentioned above, starting with staterooms.  Disney Cruise Line ships have their staterooms divided into categories, 11 main types plus loads of sub-categories.  These go from Standard Inside Staterooms to Concierge Royal Suites with Verandas.  Yes, you can get Concierge service on a cruise ship!  Something cool about Disney’s staterooms is an interesting feature called a “split-bath”.  Split-baths are just that.  In one room you will find a sink and a toilet, and a sink with a tub/shower combo is in the other room.  Something else that I find interesting is the “Magical Portholes” for inside staterooms.  These portholes give an accurate view of the ocean (or port) from many different cameras around the ship.  Sometimes, a Disney character will fly/swim/stop by and wave hello!

Next, let’s look at meals.  You are treated to three square meals per day, even on Castaway Cay!  These can range from pizzas to buffets all the way to a four-course meal!  Disney also has a unique system of dinner called “Rotational Dining”.  This means that you will get to see a different restaurant each night (on longer cruises, you will get to see each one at least twice!), but your servers move with you.  In other words, the server that you meet on the first night of your cruise is pretty much stuck with you.  Each of the three dining rooms is different, too.  For example, Royal Palace looks like, well, a palace and Animator’s Palate looks like you are eating inside an animator’s studio.

Now for (possibly) the best part, Entertainment!  All four of the Disney cruise ships have their own different forms of entertainment that can range from nightclubs to pools to spas.  Some ships even have entertainment that is unique to that ship.  For example, the Dream Class has Enchanted Art that comes alive when you step in front of it.  Disney characters run rampant on the ships.  There are clubs for families, adults, teens, tweens, and kids.  Each night, you will have the opportunity to see a Broadway-style stage show.  Movies are shown in the Buena Vista Theater. (Fun fact: Lake Buena Vista is where Walt Disney World is located) The three pools (one for families, one for little kids, and one only for adults) are open almost all the time.  Three of the four ships have a water coaster of-sorts for guests to ride.  There is at least one deck party per cruise.  Called Pirate Night, it’s filled with loads of “shiver me timbers” and “me hearties.”  We will be traveling during the holidays, so we will get two deck parties!  The holiday party is called Deck the Deck Tropical Holiday Party.  Unfortunately, I haven’t found out much about it.  But, we’ll be able to see it firsthand!

And, to top it off, check out Santa’s summer vacation on Disney Cruise Line, courtesy of DisneyCruiseLineNews on YouTube.