I was invited to bring my family to see Disney On Ice free of charge, so I could share our experience with you. 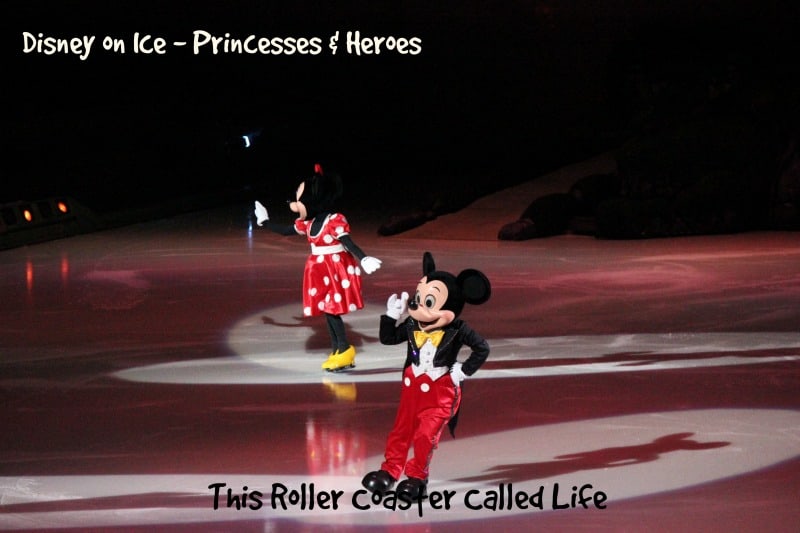 As the show began, Mickey and Minnie skated out and talked about wishes and how each person has a wish he wants to come true.  Then, we began to look at princesses/princes who had wishes that came true. 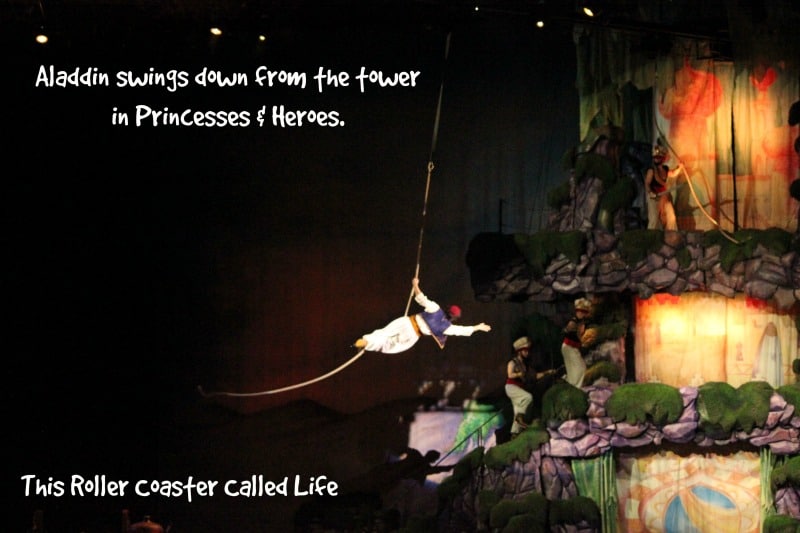 One of the things that I like about Disney On Ice is that there is so much action!  Of course, we are there for skating, but it is nice to have variety like what Disney On Ice provides.  It just makes the story more real. 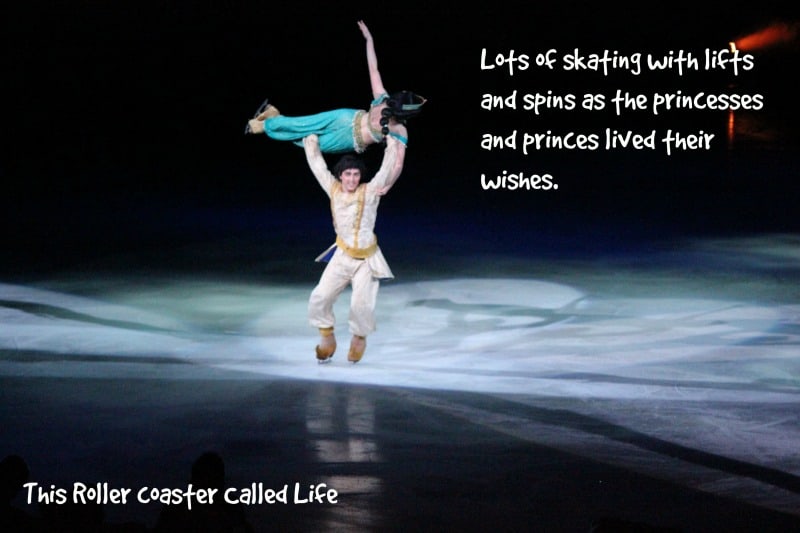 Yes, we do love the skating, and with all the princesses and princes, there are lots of lifts and spins!  The quality of skating is just amazing and breathtaking!  Also, the costumes are very well done, and while most of princess gowns are different than in “real life”, they look so close to traditional gowns. 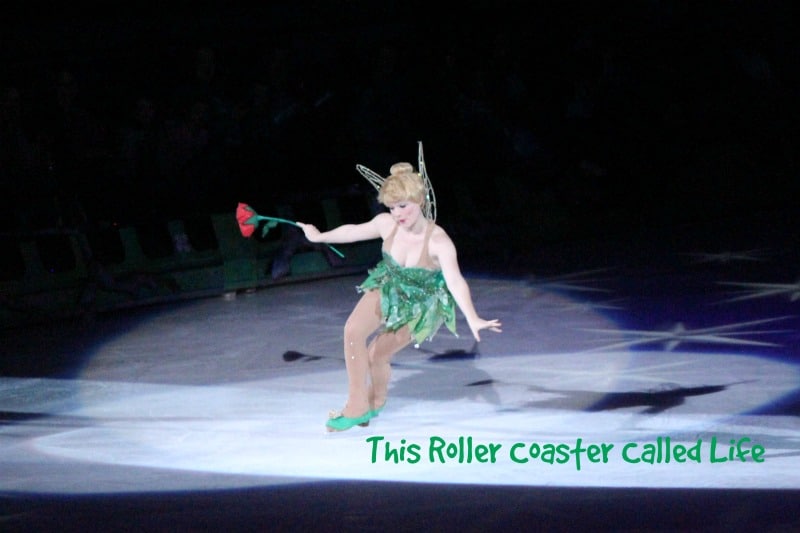 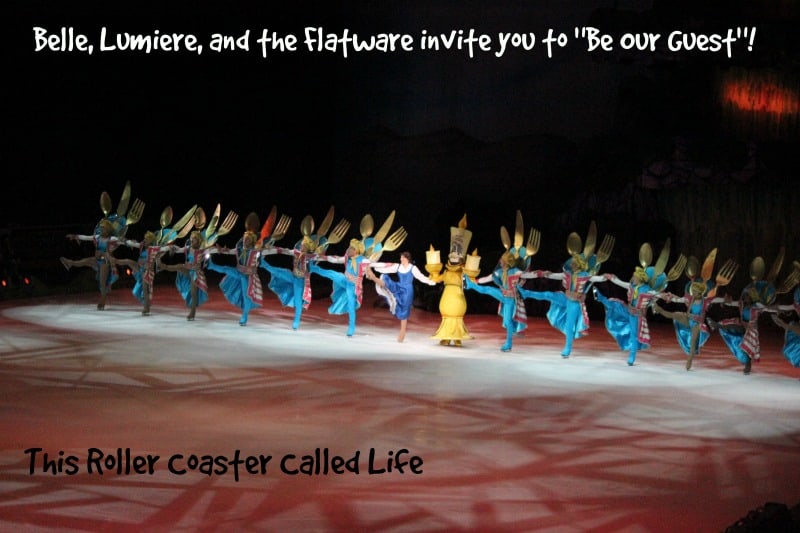 I think this was one of my favorite scenes in the whole production!  I just loved how the flatware skated around to the song “Be Our Guest” with the number that ended in the high-kick line reminiscent of the Rockettes.  It’s amazing that they can do this on ice skates! 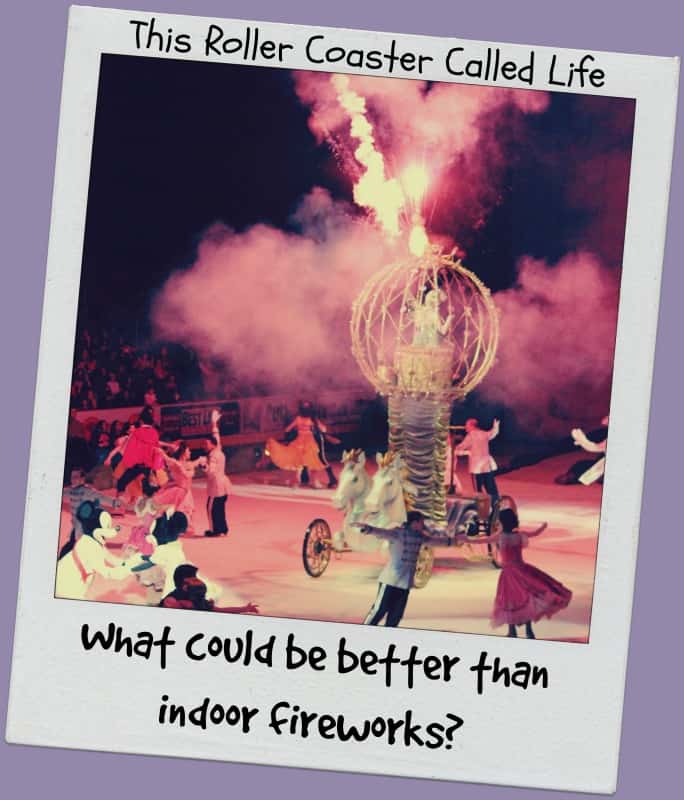 When the show reached the finale, we were in for a surprise!  Fireworks!  My son had been enjoying the show more than he thought he would, but this really pushed it over the edge for him.  He talked about indoor fireworks the rest of the night and the next morning.

I asked my daughter what her favorite part of the show was, but she couldn’t come up with one.  She was enthralled the whole way through.  She loves to watch skating and loves Disney, so Disney On Ice is a win-win for her.

Disclosure:  I received tickets for my family to see Disney On Ice Princesses & Heroes.  I received no other compensation, nor was I required to write a positive review.  All opinions are 100% mine.