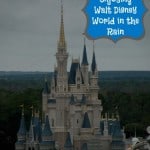 I've actually heard people decide to go back to their resort room when the rain starts, and it breaks my heart that a family's vacation time would be cut short by a rainstorm.  It is so expensive to go to Walt Disney World or really any vacation destination that may be several hundred or thousands of miles from home.  I know there are inexpensive ways to do Walt … END_OF_DOCUMENT_TOKEN_TO_BE_REPLACED 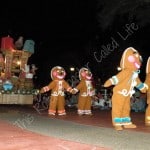 It is no secret that I LOVE Disney at Christmas!  It doesn't matter if it is Disneyland or Walt Disney World, I would be happy at either one of them.  Walt Disney World has released the dates for some of the great holiday offerings, so I wanted to share those with you in case you were planning a trip during that time.  These are certainly "must-sees" in my book! The first one … END_OF_DOCUMENT_TOKEN_TO_BE_REPLACED 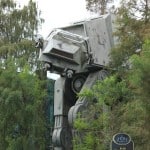 When my son thinks of Disney's Hollywood Studios, he thinks of Star Tours before anything else.  It is his favorite attraction, and he would ride it over and over if we would let him. There really are several things that we like about Disney's Hollywood Studios, but there was one thing that really stood out to us during this last trip.  The Streetmosphere.  The Citizens of … END_OF_DOCUMENT_TOKEN_TO_BE_REPLACED

We all have traditions that we hold dear to our hearts. Whether it be for Hanukkah, Kwanzaa, Christmas, or another holiday, we tend to create at least one tradition that carries over from year to year. Our family loves lights! We used to live in an area that had multiple areas of drive thru lights - miles of animated and lighted displays. Most of these displays had music, … END_OF_DOCUMENT_TOKEN_TO_BE_REPLACED