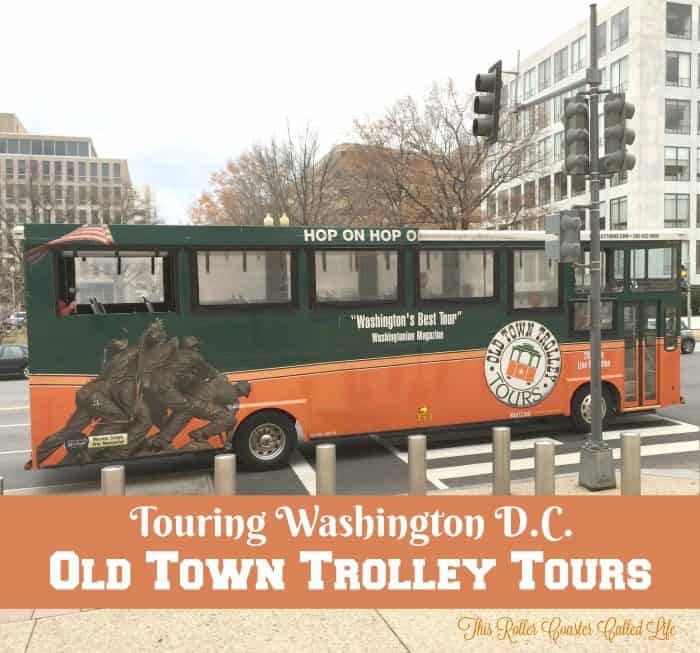 Let’s face it.  There is so much to see in Washington D.C.!  While many of the Smithsonian museums are on the National Mall, there is more to see outside of that immediate area.  Plus, even looking at a walk from the National Museum of American History to the U.S. Capitol Building can seem daunting to many kids and even some adults.

When we took a trip to Washington D.C early last December, we decided that it would be wise to look into taking one of the tour busses.  After much research, I liked the look of the Old Town Trolley Tours.  I liked the concept of getting on and off whenever we felt like, and their stops lined up with where we wanted to go.  [FTC disclosure – My family received free on and off service in exchange for sharing our experience.]  Having put in the disclosure, I have to say that the service was great! 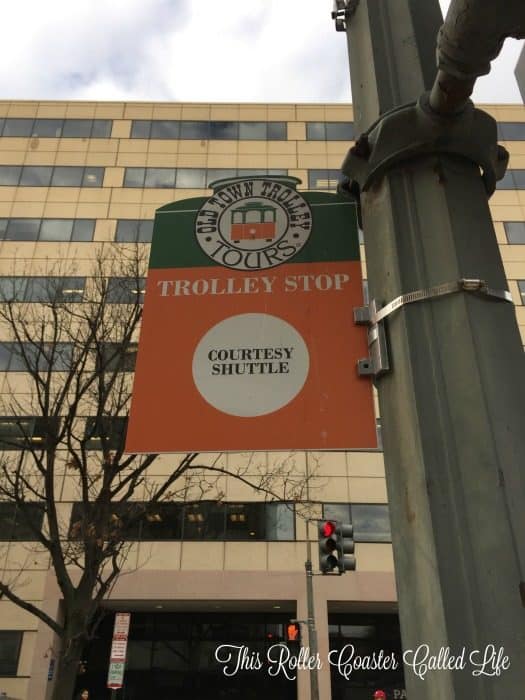 As we got closer to our trip, it became evident that I would be taking the kids by myself.  Note:  I am NOT a city driver!!!!  I was concerned about how I was going to get to the starting point of the tour busses.  I should not have worried as there is a courtesy shuttle provided at certain hotels around the Washington D.C. area.  This was a lifesaver!  Our first morning, we wandered out by the appointed time to find our courtesy shuttle stop. 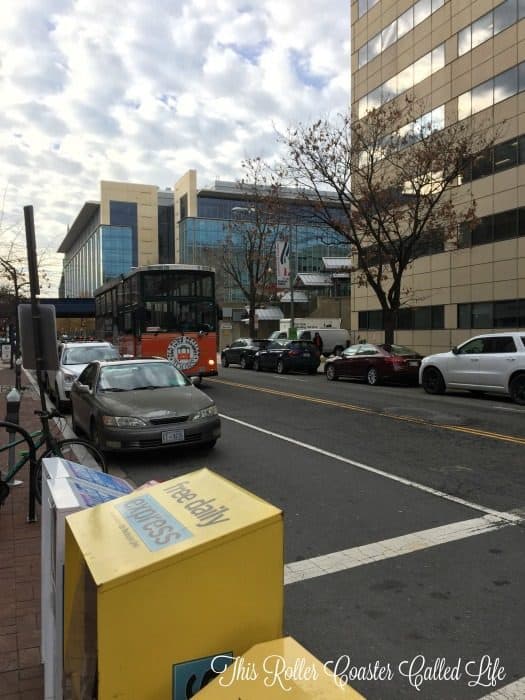 Soon, our shuttle arrived, and we were on our way to the starting point.  We weren’t really sure where we would get off for our first stop, but it was just nice to let someone else do the driving. 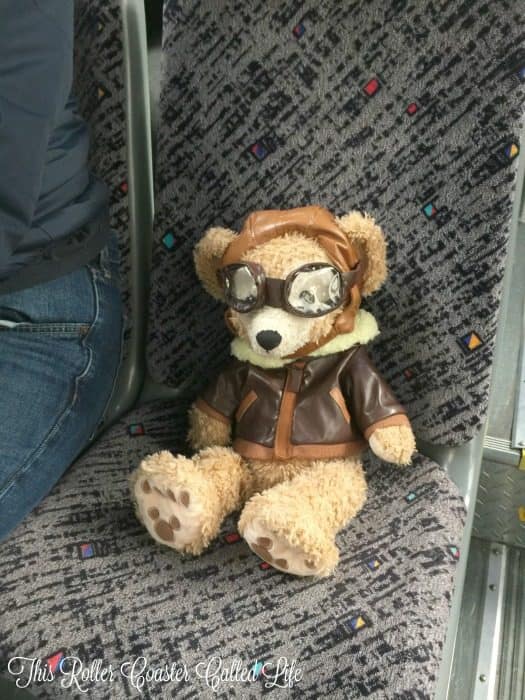 Once our shuttle started its regular tour duty, Duffy settled down in his seat beside Marvel Boy, and we were off! 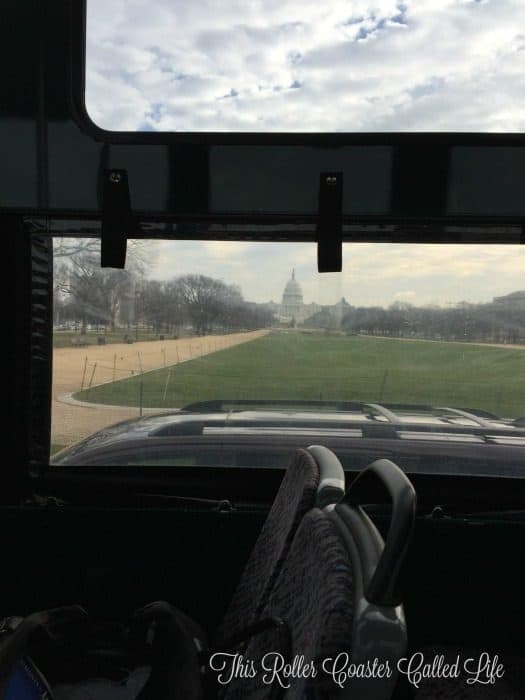 One of the best features of this service is that I was able to sit back and leave the driving to someone else while looking at the scenery myself!  The bus had roll-up plastic windows.  As it was December, the windows were down, so the view was a little distorted.  However, we were in Washington D.C. a couple of weeks ago when it was warmer and saw the trolleys go by with the windows open. 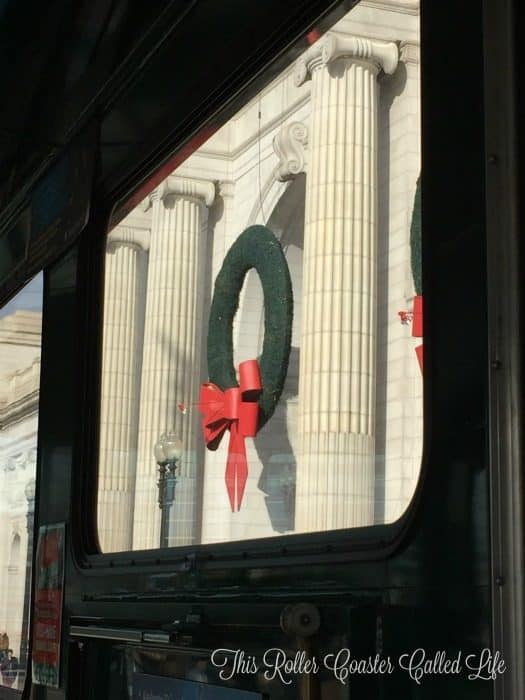 We were able to see some of the architecture and decorations as the trolley drove by such places as Union Station.  As we rode, the trolley driver gave us information about the area and monuments.  Each trolley driver has a “name” on a placard at the front of the bus.  Our first driver was “Dancing Mike”. 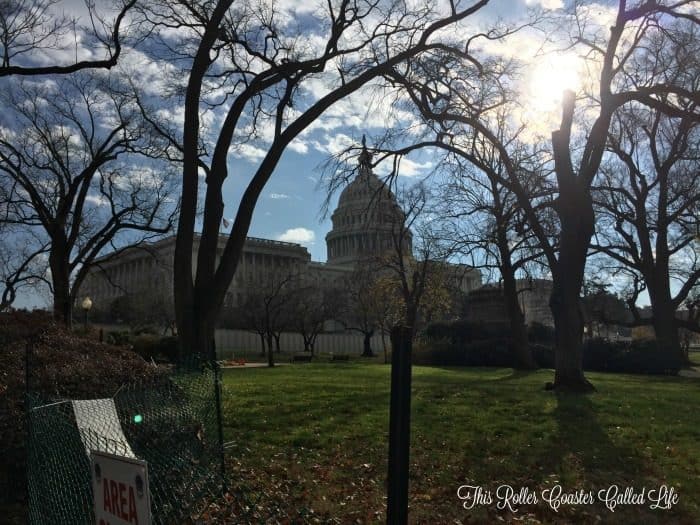 As I said earlier, we didn’t have a real game plan.  We figured we would jump off when we saw a place we wanted to stop.  So, our first stop ended up to be the U.S. Capitol Building.  We took stock of where the stop was at the back of the building and also how frequently the trolley was making stops that day.  Then, we headed off. 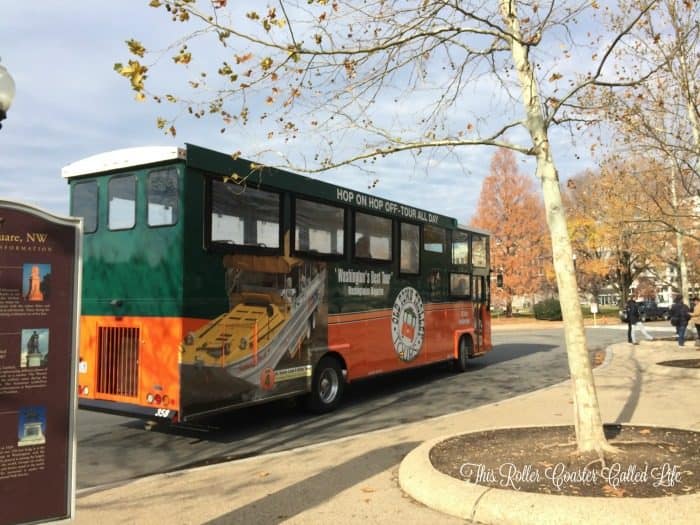 After our visit to the U.S. Capitol and the Library of Congress, we headed back to our trolley stop.  We had been told the trolley was coming by every 30 minutes that day.  In our case, it was quite a bit longer than 30 minutes.  After the trolley did come, we found out the truth of Washington D.C.  If the president wants to go out, all other schedules are thrown out the door.  In our case, there had been a presidential motorcade that stopped traffic.  So, if your trolley is delayed, there is probably a good reason for it.  That was the only time we experienced an unexpected delay. 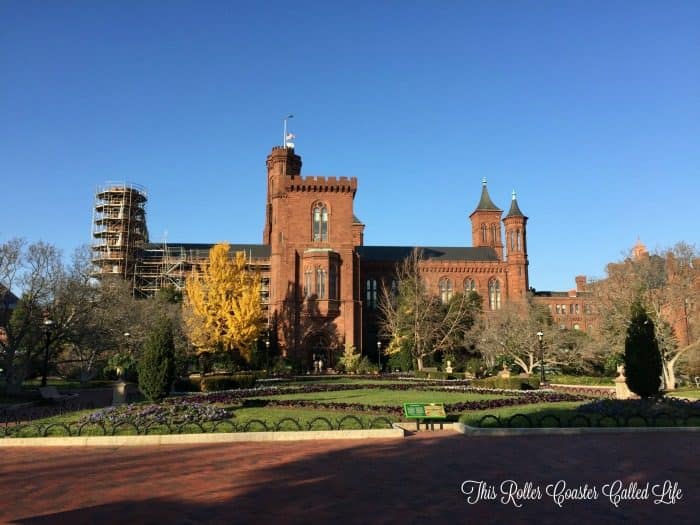 We rode along on the trolley until we reached the Smithsonian Castle.  Songbird had wanted to stop and see it, so this was our next stop.  We went into the castle, but there wasn’t much to see there.  So, we decided to cross the National Mall behind the castle to get to the National Museum of American History.

As you can see in the picture above, the afternoon was quickly passing, and we needed to keep an eye on the time.  Dancing Mike had told us that if we were at a stop by the end of their scheduled day, which in this case was 5:00 pm., Old Town Trolley Tours would get us back to our starting point.  To a country girl, this is HUGE! 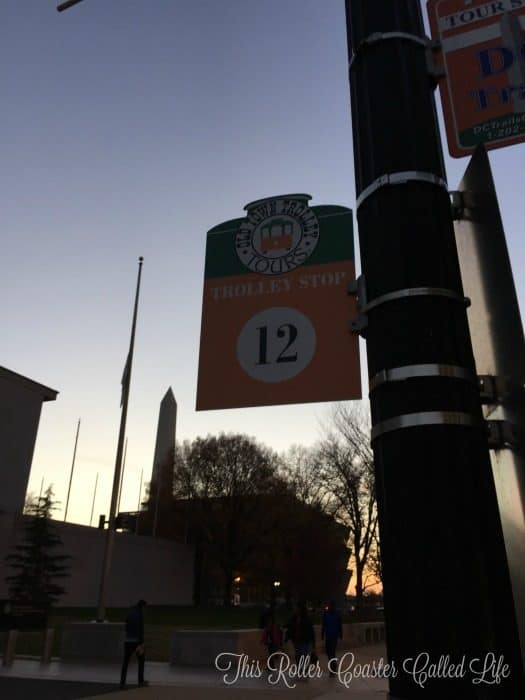 After an hour or two in the National Museum of American History, we headed out to stop 12 about 4:55 pm.  With the sun sinking behind the Washington Monument, we waited for the trolley.  Soon, Mr. History pulled up.  I think Mr. History was our favorite of the three drivers we had that day.  We told Mr. History where we started the day, and then, we were headed toward the Old Town Trolley Tours ticket office where people would be divided up by where they needed to go.

When we got to the ticket office, there was one person who needed to get to a location to which the trolley had already left.  I was impressed when I heard Mr. History tell him that someone would make sure he made it to his destination.  In our case, we were to stay on Mr. History’s trolley, and he would take us and a handful of other passengers to their destinations. 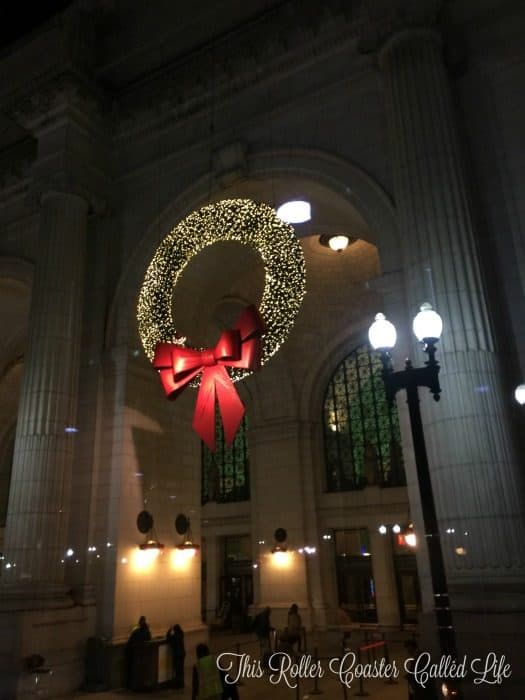 Here again, this country girl was so happy to be able to sit back, let someone else drive, and watch the sights.  One of our stops was to let a couple off at Union Station to catch the Monuments by Moonlight Tour.  I sure would LOVE to do this tour sometime!  As we waited for traffic to allow us to the Union Station stop, Mr. History was busy telling this couple about the food choices at Union Station as they had not been able to eat supper yet.  Talk about personal service! 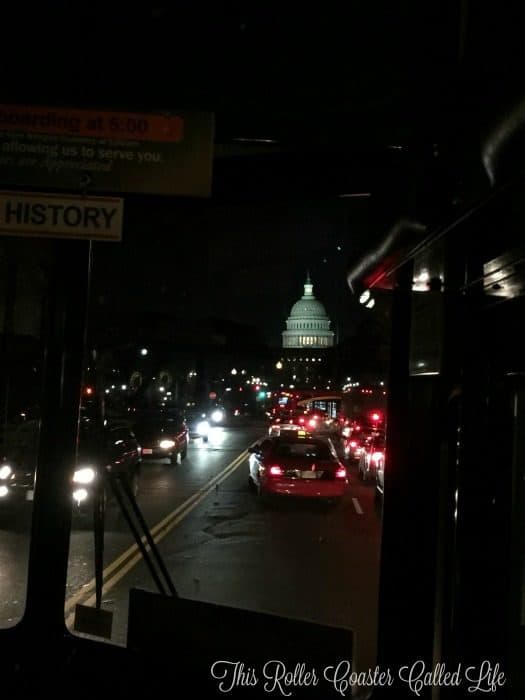 After leaving Union Station, the kids and I were the only ones left on the trolley.  Mr. History was an amazing tour guide!  He kept the kids busy with trivia to pass the time as we headed to our stop through rush hour traffic.  Old Town Trolley Tours of Washington D.C. was an amazing experience, and I hope we have the opportunity to tour Washington D.C. with them again sometime!  When it comes down to it, it was the drivers who made this experience what it was.  All three of the drivers we had that day were very nice, but Mr. History really stood out above the crowd!