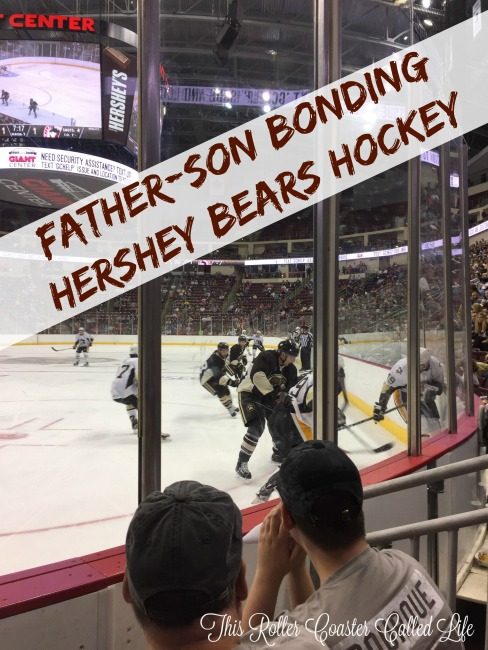 When I met my husband, hockey was not a word in my vocabulary.  I grew up in Arkansas, and hockey was not a big thing down there.  My father was not a huge sports fan, so I wasn’t exposed to the whole phenomenon of fans yelling at a television screens, nor yelling and cheering at a game to the point of losing one’s voice.  After meeting my husband, a Canadian native, I was educated in the finer points of sports, cheering, and hockey.

Don has always been a hockey fan, but he hadn’t taken Marvel Boy to see a game because of how loud it is in the arena itself.  Marvel Boy really dislikes loud noises, so he and Don would watch hockey on the television where the sound could be controlled.  In the last year or so, we had noticed that Marvel Boy was doing a little bit better with noise as long as he wore his ear protection, so we took Marvel Boy to a Hershey Bears hockey game back in January.  He LOVED it!  Not only did he love his first game, but he wanted to go back.  Wow!

We ended up going to several games in the last half of the last season.  By the end of the season, Marvel Boy had ditched the ear protection and was asking to sit closer.  It was amazing to see this transformation in him!  [FTC disclosure – Some of the games we have been to have been comped, but that first game and the last couple of games that I am writing about were paid for by me.] 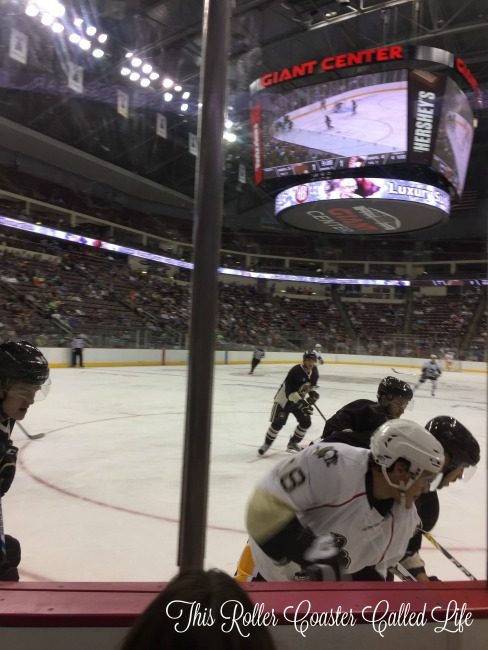 While I do now enjoy watching hockey games, Songbird doesn’t.  She does like watching her brother have a great time, but hockey is not her favorite.  So, for the last couple of games, Don and Marvel Boy have gone by themselves.  They thoroughly enjoyed the special time that they were able to spend together watching something that they both enjoy.  Marvel Boy and Don both have come home barely able to speak from cheering so long and loud for their favorite team.

Last night was a special game, though.  The promotion for the night was a Hershey Bears team photo, and then, after the game, team members were down on the ice for 75 minutes to sign autographs.  Marvel Boy was really looking forward for this night!

Don and Marvel Boy headed over early in the afternoon and got their photos when they entered the arena.  It was an especially good game as the Hershey Bears won 5-3, making it their 5th win in a row!  Woot!  After the game, there was a line started on the Concourse to wait for the autograph session to start.  The players showered and changed before heading to the ice for the autograph session.  As you can see above, there were quite a few people down on the ice to get autographs! 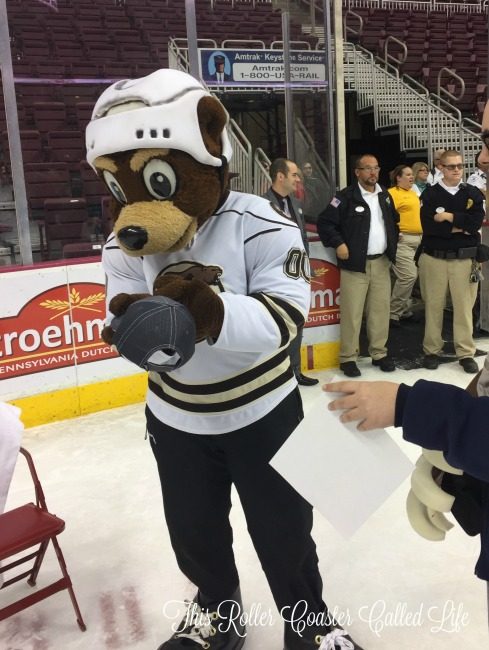 Marvel Boy loves to see Coco at every game and always has to get a photo taken with him.  Now, he has Coco’s autograph on his hat. 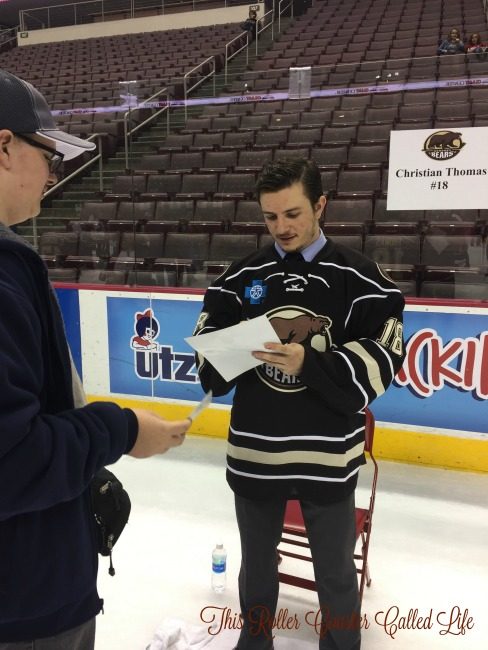 I understand that each player was very nice and friendly when signing their autographs.  Marvel Boy wasn’t able to get everyone’s signature, but he was very pleased with the ones that he did get. 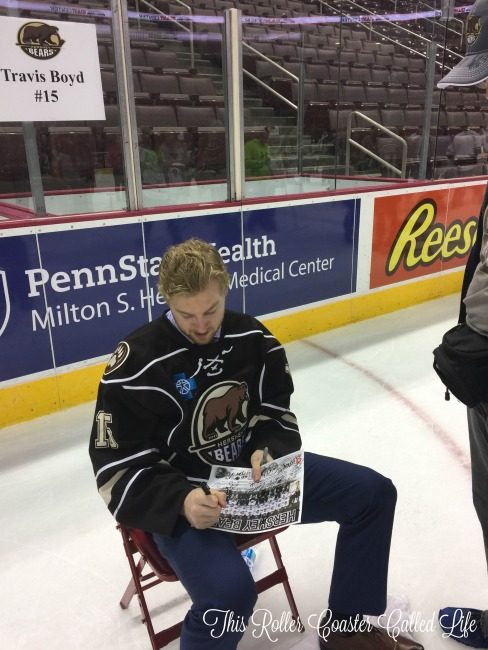 What a great opportunity for the fans to put a face with the name of their favorite players! 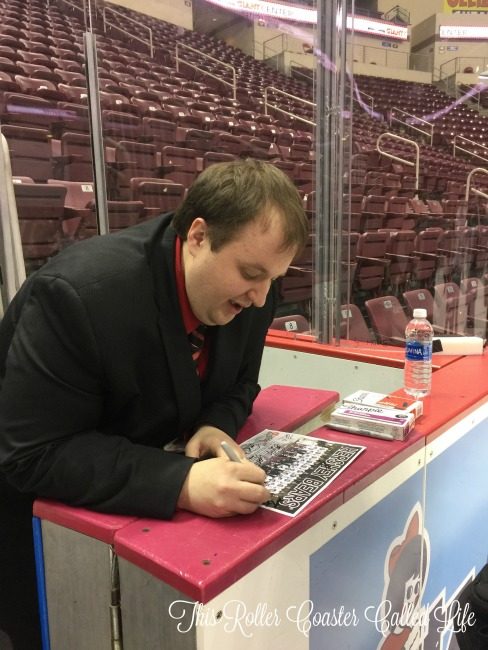 The coaches and even the new radio announcer were on hand to autograph the photos, too.

The guys had a great time last night and are looking forward to more games in the future!  What a great way for them to spend quality time together!  You know, it’s not that Marvel Boy is a hockey fan…  He’s a Hershey Bears fan!