Welcome to this month’s Blogorail Yellow Loop. Today we are sharing movie night ideas based on Disney movies from the 80s. 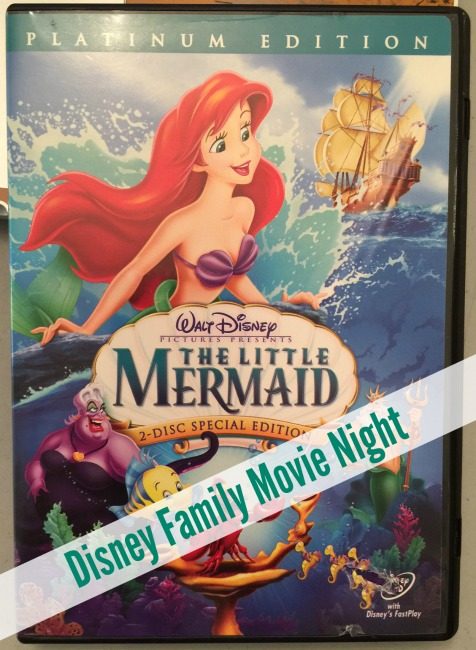 We are celebrating Disney movies from the 80s on the Blogorail today!  When I approached the kids about their favorite Disney movie from the 80s, Songbird started up her computer to see which movies came out during that decade.  Of course, The Little Mermaid was her choice!

The Little Mermaid was released in theaters on November 17, 1989.  Ariel was the first Disney princess since Aurora was released almost 30 years earlier.

If you haven’t seen The Little Mermaid (although I bet you have), Ariel is a mermaid who falls in love with a man who lives on land.  Prince Eric.  Ariel trades her voice to a wicked sea witch in order to get legs.  Ariel has only until before the sun sets on the third day to get Prince Eric to fall in love with her and kiss her with the kiss of true love.  Well, you can imagine that Ursula, the sea witch, is not going to let Prince Eric fall in love with Ariel.  On the off chance you haven’t seen the movie, I’m not going to give it away, but it is quite the tale. 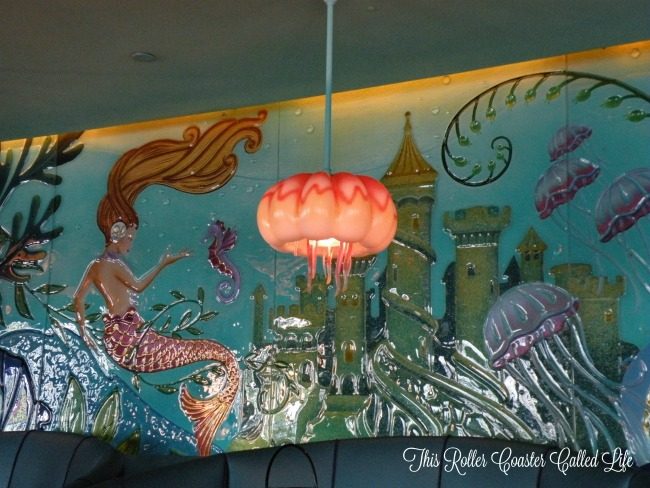 Our first experience with Ariel in the parks was at Disney California Adventure Park.  We first went to Ariel’s Grotto in 2007, and my daughter was enchanted.  The dining area was decorated to make it look like we were truly dining under the sea.  But Ariel wasn’t the only princess here.  We met with Ariel before entering the dining room, and other princesses came around to the tables. 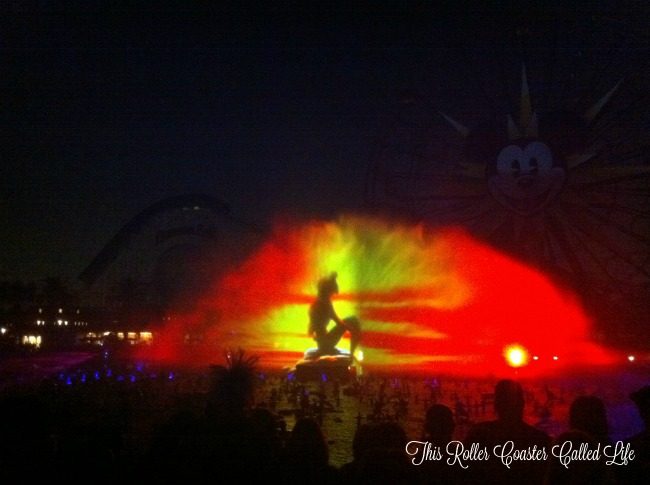 The Little Mermaid was also given a big part in the World of Color at Disney California Park.  The World of Color is a “water show” with animation projected on water screens.  If you have not seen this show, it is a MUST SEE if you are visiting the Disneyland Resort! 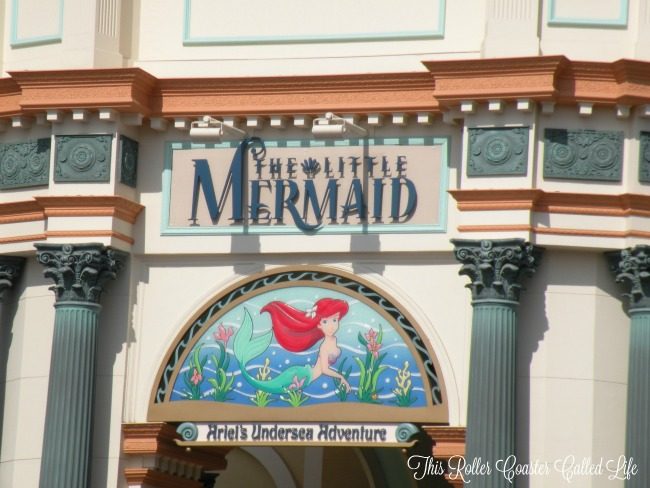 Then, in 2011, The Little Mermaid – Ariel’s Undersea Adventure opened.  In the attraction, we rode in “clamshells” which is really an Omnimover vehicle, like in the Haunted Mansion.  My daughter could not wait until this ride opened! 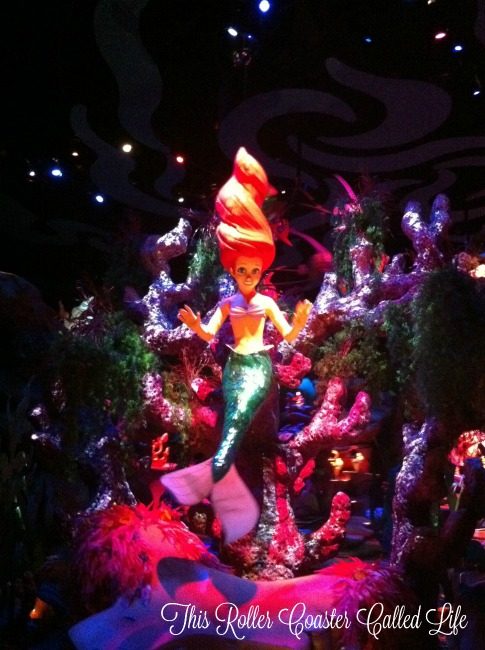 Did you ever hear about “Dole Whip” hair-gate?  This is a picture of Ariel in a scene with the song “Under the Sea” right after the ride opened.  Even though the style of her hair is just as it is in the movie, I guess several people started commenting on her Dole Whip or Soft-serve ice cream hair.  After some time, the attraction was shut down for a few days to give her a different hair style. 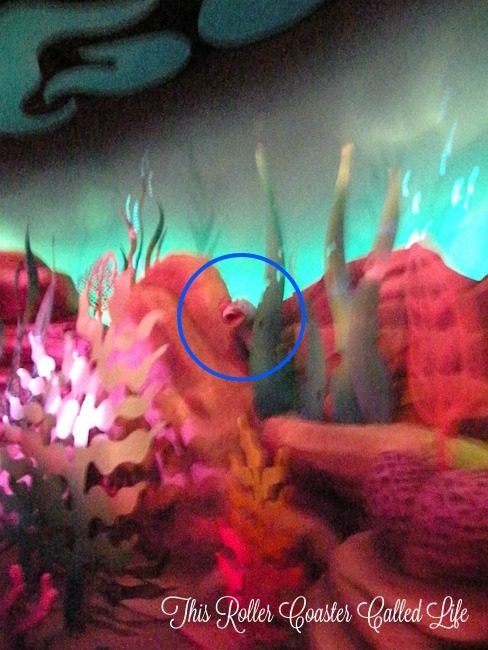 The imagineers added a little hidden character tribute to the Don Knotts character, Mr. Limpet, from The Incredible Mr. Limpet.  You have to be looking hard to find it as it is behind the clamshells as you come around the back wall of the “Under the Sea” scene. 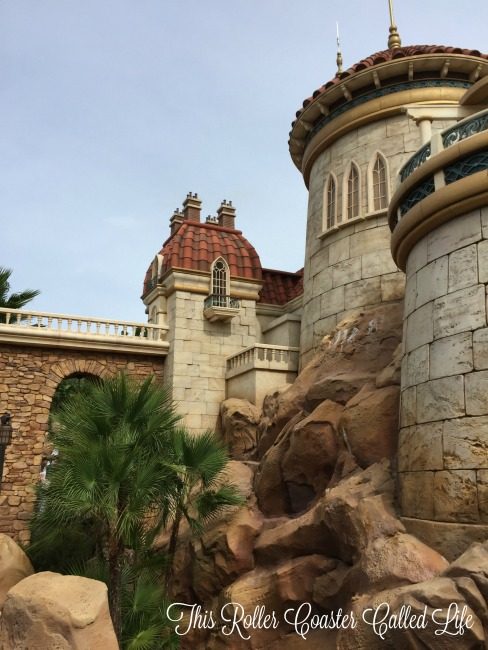 So, let’s hike over to the East coast to see Under the Sea – Journey of The Little Mermaid.  I’m not quite sure why it is named differently on each coast.  However, I will say that I think the theming is much better over on the East coast at Walt Disney World. 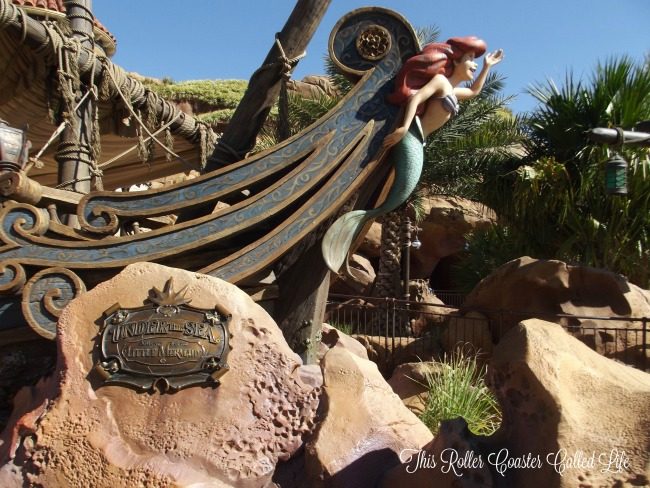 It just seems like there is so much more to see at Walt Disney World, and it really works with the other attractions in the area.  I wish Disney California Adventure Park had had more room to pull something like this off out there. 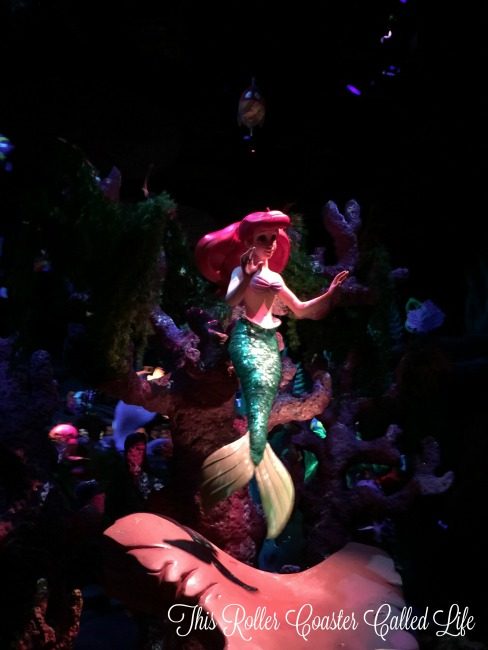 Notice that they skipped the Dole Whip hair on Ariel from the beginning. 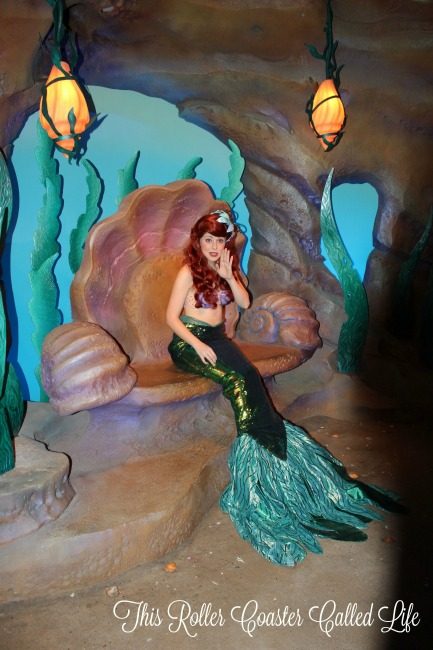 While Walt Disney World doesn’t have an Ariel-themed restaurant, there is a special place to meet with Ariel.  Ariel can be seen at her Grotto next to her attraction.

Besides being a fun movie, The Little Mermaid has left a lasting impression on the Disney parks.  Of course, you might also see Ariel on the Disney cruise ships, too.

What is your favorite Disney movie from the 1980s?

For more ways to beat summer boredom,
check out the other great posts from the Blogorail!

Here is the map of our Magical Blogorail Yellow | Disney Movie Night | The 80s Loop: