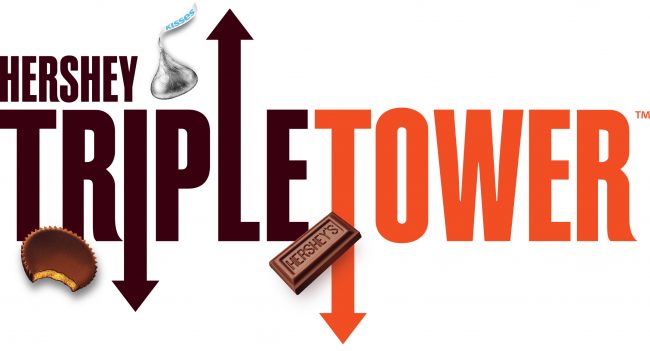 On August 2, I attended a press conference at Hersheypark during which they were to announce their new attraction for 2017.  Hersheypark had been releasing clues about what their new ride was going to be.  The clues were pretty cryptic, and it was amazing that the secret was kept right up until the press conference. 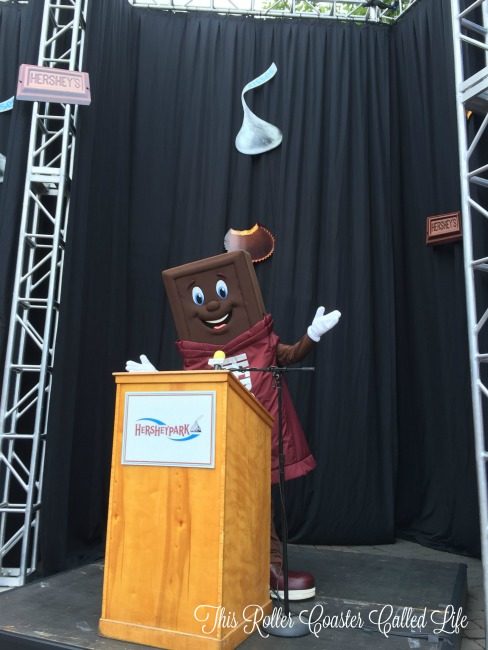 The stage was set right outside of the ZooAmerica entrance.  The band was playing, and the characters were mingling with the people waiting nearby.  It seemed as if Hershey Bar was ready to get the show on the road as he headed up to the podium before everyone else was ready. 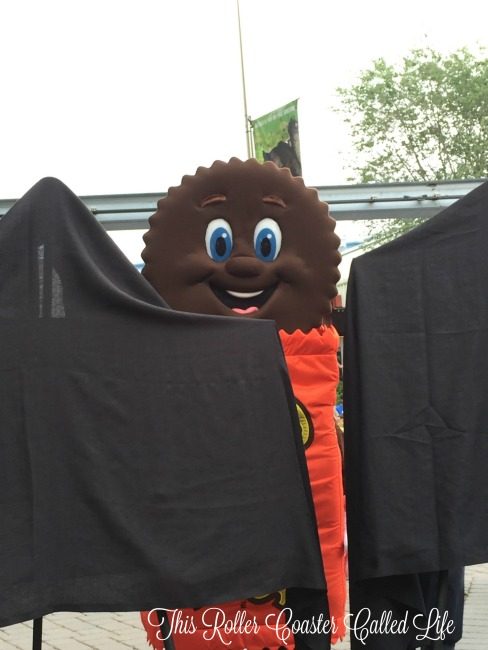 And Reese was hanging around to make sure no one peeked under the drapes protecting the secrets underneath.

Soon, Kevin Stumpf, General Manager of Attractions and Entertainment, stepped to the podium to announce the changes coming.  The new ride was to be a huge part of this announcement, but the first announcement is what seemed to draw attention on my Facebook feed. 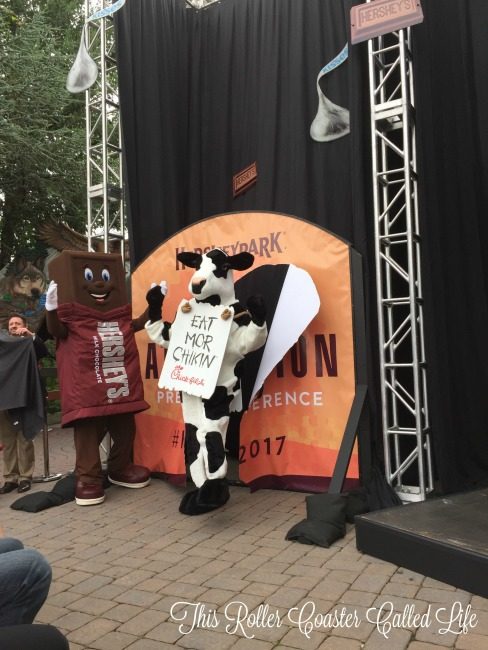 The first announcement was that Chick-fil-A is joining the restaurant line up at Hersheypark.

It will be an express location with indoor and outdoor dining, and it will have a limited menu.  As long as there are waffle fries, my son will be super happy! 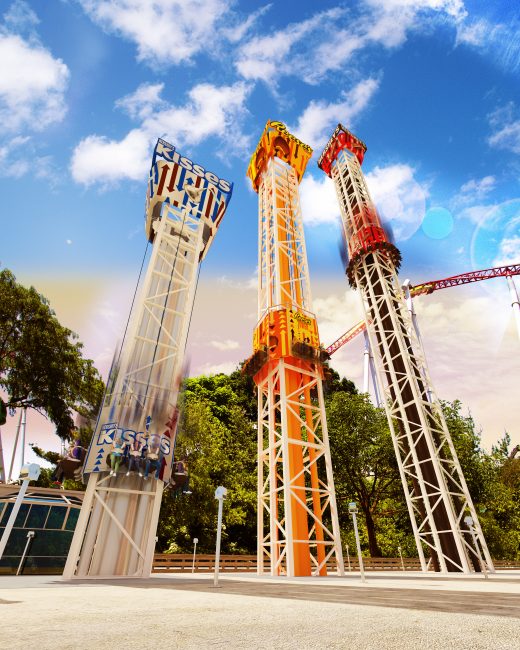 Then came the announcement that everyone was waiting for.  What would the new ride coming in 2017 be?  The name?  Hershey Triple Tower.  The ride?  Three different levels of drop towers.

Hershey Triple Tower will be located on Kissing Tower Hill.  The towers will operate independently, launching at different times, and each tower will have its own queue. 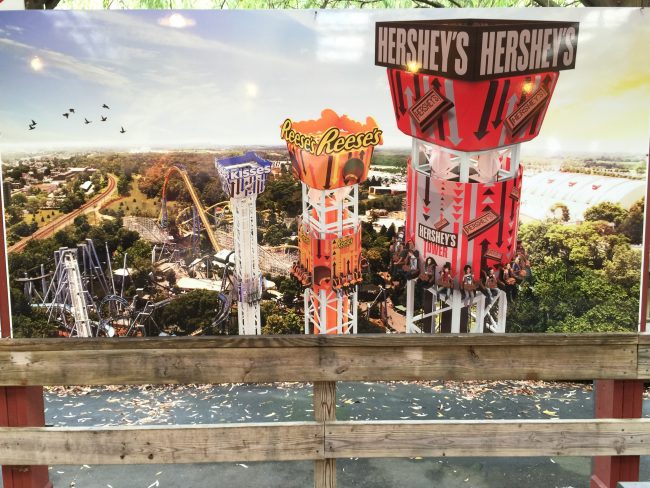 So, which tower will you want to ride first?

Don’t forget to keep up-to-date with what is coming to Hersheypark in 2017 on the Hersheypark website.