Welcome to this month’s Blogorail Blue Loop. Today we are sharing some tips to help you plan your Disney vacation. 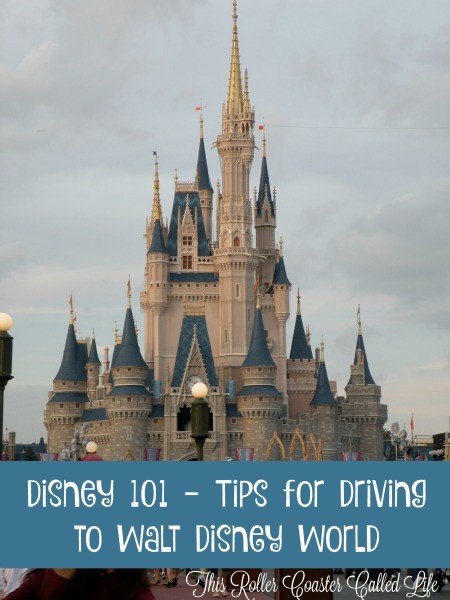 1.  You don’t have to go through security to drive.  With our son being on the Autism Spectrum, we try to avoid things that really bother him.  Security was difficult the last time we flew, and it traumatized him.

2.  You are not limited to “just” Walt Disney World.  Believe it or not, there are more things to Orlando and the surrounding area than Walt Disney World.  When we flew, we took Disney’s Magical Express to Walt Disney World and never left until it was time to go back to the airport.  On our last trip to Florida, we drove and visited some of the other sights… 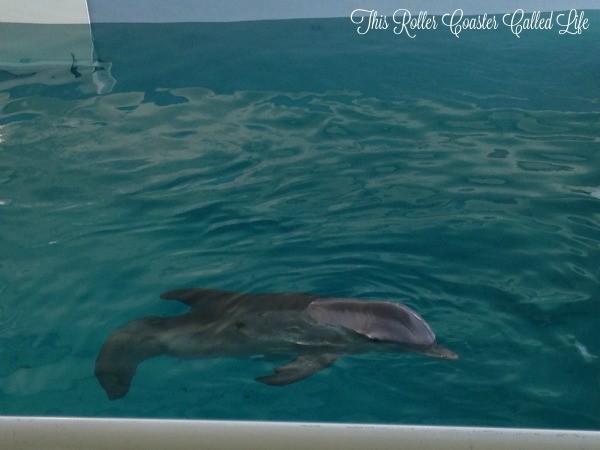 One of the things we did was to visit Winter at Clearwater Marine Aquarium in Clearwater.  We had a great time there! 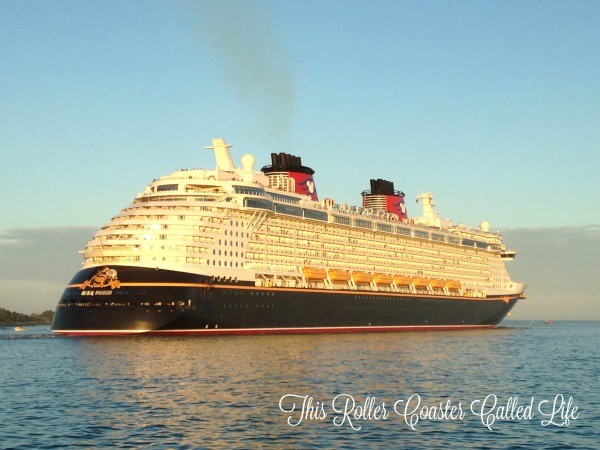 One day, we went over to Jetty Park near Port Canaveral and watched the ships sail.  It was easy to see the quality of Disney Cruise Lines compared to the other companies.

3.  But more importantly, the drive becomes part of the vacation.  Even though we may be in a rush to make it to Florida, the drive also gives us more family time together.  We watch the scenery as we move from state-to-state.  We talk and catch up on things that have been going on and future plans.

But, you are here for tips, so without further ado… 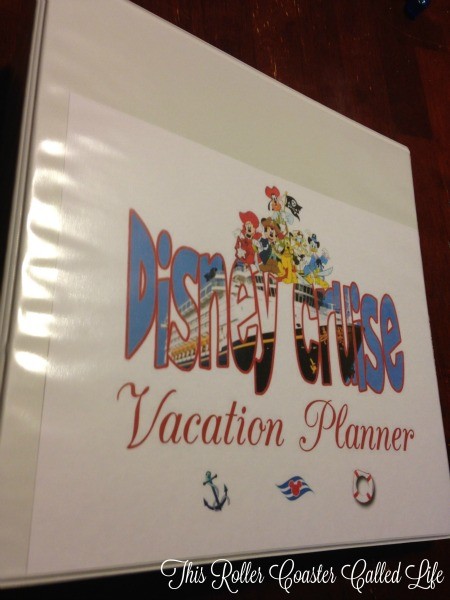 We often build a binder full of information on our upcoming trip.  It has cheat sheets about various things we are doing, and I also include things like confirmations and tips.  The kids enjoy looking through the binders building up to our trip.

We also try to plan our hotel stays for the trip down and back in advance.  We don’t pick hotels that require payment in advance because it is sometimes difficult or impossible to cancel them and get the money back.  We usually reserve hotels that allow cancellation until 6:00 pm.  This allows us to cancel and choose a different hotel if we feel we just can’t make it as far as we planned or if we want to push further than we planned.  Having all of this information in one place makes it easier to change things quickly.

Plan your route.  Do you really WANT to go through that big city, or do you want to go around it.  I personally don’t like to sit in bumper-to-bumper traffic, so I will veer out of my way to avoid a big city. 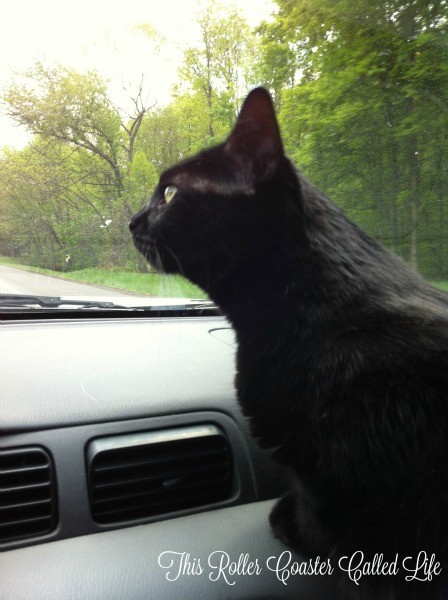 While we love the kitty, a road trip is NOT the place for this co-driver.  Make sure to plan either where your pet is going to stay or who is going to drop by to watch your pet. 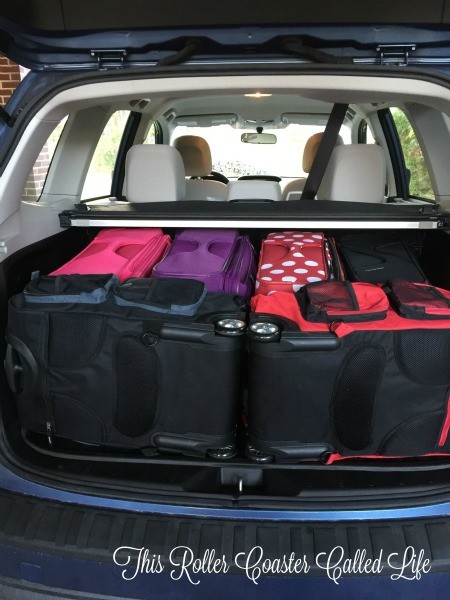 Practice packing.  This time, we are taking a smaller vehicle.  We needed to make sure what suitcases would fit and how they would fit in.  Don’t forget that your suitcase won’t fit the same once it is loaded up.

Also, make sure to have the car maintenance performed and your car checked out.  There is nothing worse than having car problems along the way, and it could even ruin your vacation. 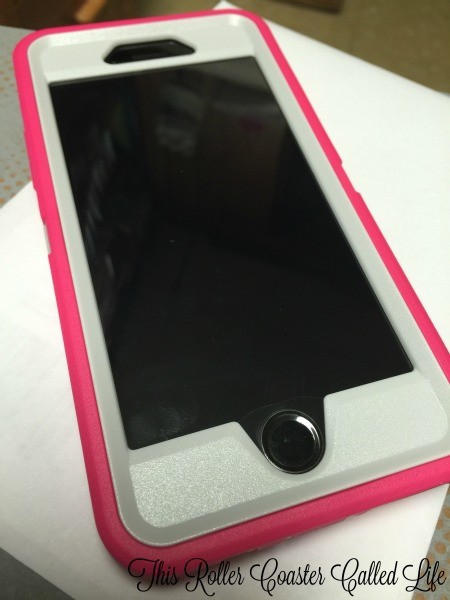 ENTERTAINMENT FOR THE RIDE

While we do spend time talking, it is also important to have some “me” time.  The kids like to take iPads/iPhones with to play games, watch movies, or read.  They even do some planning along the way and discuss different things they read in their Disney books.  It is also used for music, and they often “fight” over who is going to control the music.  This gets spread around…

Favorite snacks are another great thing to have along.  It seems like as soon as we leave the driveway, Marvel Boy is asking for something to eat.  He is a growing boy.  Well, we are almost to the teenage years…  Anyway, we usually pack quite a few snacks to avoid the temptation of picking up the snacks at gas stations.  This time, we will likely take a picnic lunch to have the first afternoon driving, so we can avoid an extra meal in a restaurant.  If we only had enough room for a cooler… 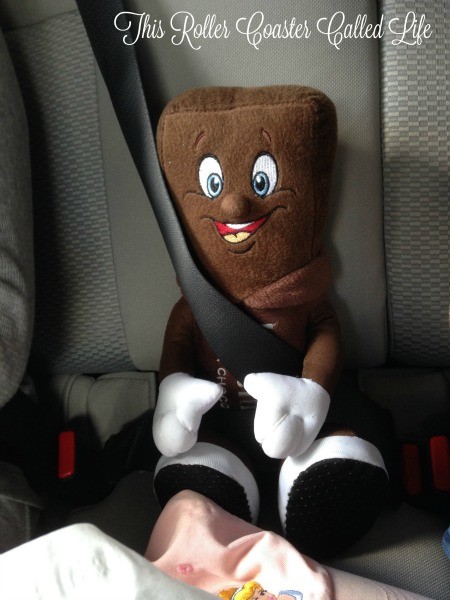 Don’t forget to bring your child’s favorite stuffed friend.  Marvel Boy says he is bringing Baymax and Duffy on our next trip.  I’m glad I’m sitting in the front seat because it sounds like the back seat will be crowded! 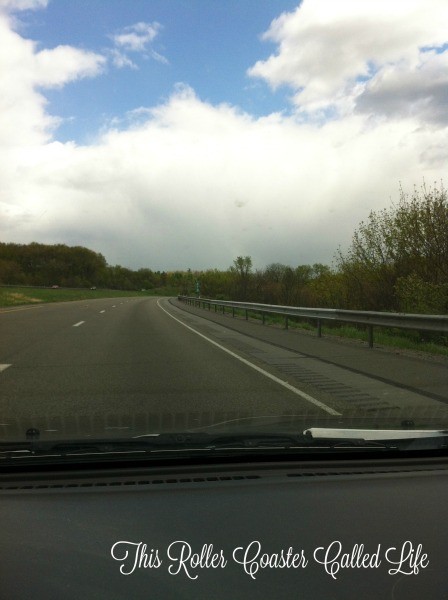 What other tips do you follow before heading out on the open road to visit Walt Disney World?

Here is the map of our Magical Blogorail Blue | Disney 101 Loop: