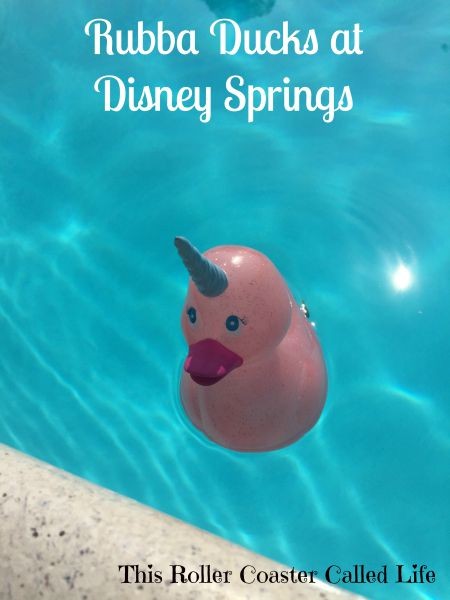 Rubba Ducks Come to the Boathouse Restaurant at Disney Springs

Who didn’t have a rubber duck as a kid?  I had one, and I know my son had/has several.  However, Rubba Ducks are a little different than the normal rubber duck, and they are available in the Boathouse at Downtown Disney, now Disney Springs, at Walt Disney World in Florida!  In fact, they are the only non-Disney toy being sold at the Boathouse. 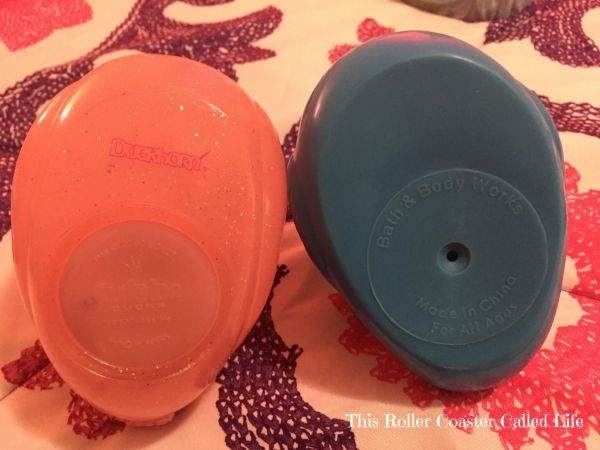 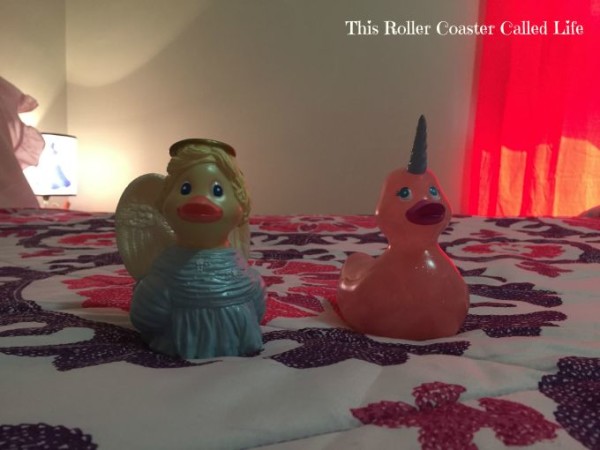 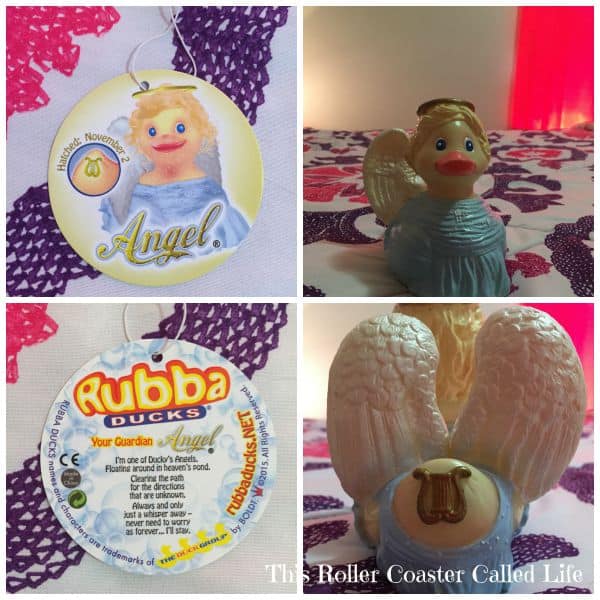 We were sent two different Rubba Ducks to check out.  Here, you can see our Angel duck.  Look at the detail in the dress and the feathers!  This, definitely, is not your basic duck!  You can also see that each one comes with its own little story. 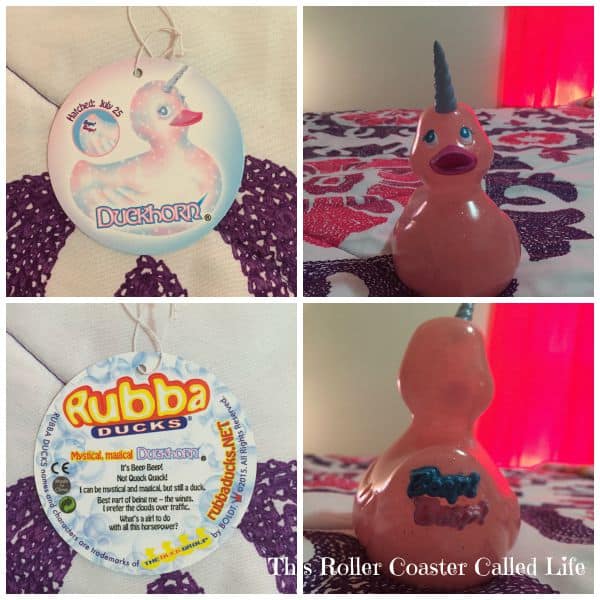 We also received Duckhorn.  As you can see, Duckhorn is a unicorn.  It is a little more basic than Angel, but it still has a LOT of detail on it.

How would you like to win a Rubba Duck?  Rubba Duck is giving away ONE duck to one of you!  Read the rules below and enter on the Rafflecopter widget.

Rules:  Giveaway starts at 5:30 am Eastern on September 10, 2015 and ends at 11:59 pm on September 24, 2015. Open to U.S. residents 18 years old and older.  Shipping to U.S. only.  No purchase is necessary to win. Void where prohibited. Odds of winning depend on the number of entries collected. The winner will be chosen by the Rafflecopter widget and will have 48 hours to respond after being contacted by email.  Please make sure to use a valid email address. Facebook, Twitter, Pinterest, and Google+ do not endorse this, nor sponsor this giveaway. Nor are Facebook, Twitter, Pinterest, or Google+ affiliated with this giveaway in any way.  This Roller Coaster Called Life is not responsible for prize fulfillment.  Additional rules here.