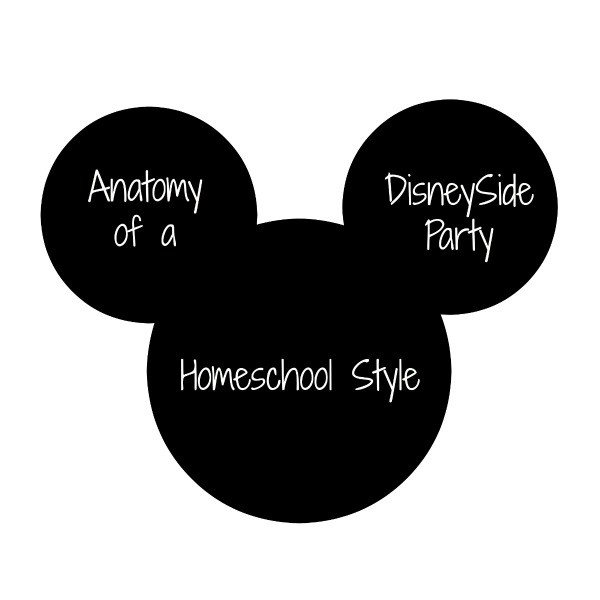 Last month, three homeschool families met to have a party.  Well, the other two families knew each other, but we didn’t know either of the two families.  We live in an area that doesn’t seem to have many homeschoolers getting together.  I met one of the other mothers on Facebook last year as we were making phone calls to our local state representatives to ask them to support a bill (that ended up becoming law) that would make homeschooling a little easier in this state.  When this other mother suggested we start a homeschool group, I knew just how I wanted to use the DisneySide party supplies I had received.  How about a homeschool party? 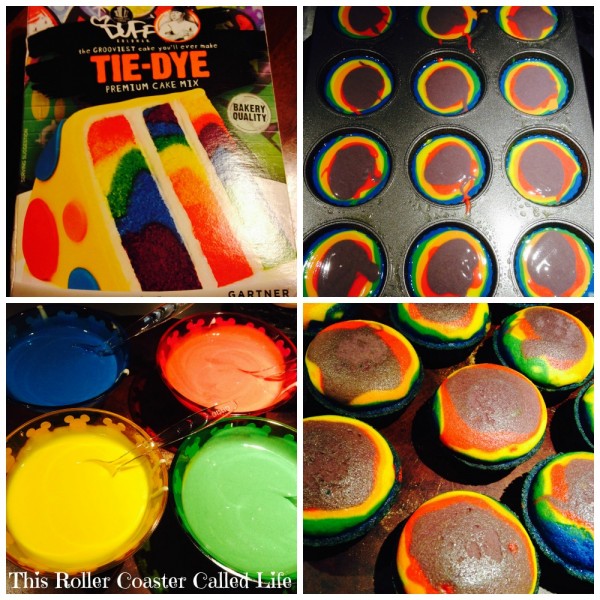 We all brought snacks, and I made some cupcakes.  You can read about the tie-dye cupcakes I made in a post I wrote the night before the party.  When we decided to get together, I wasn’t sure where to have the party.  There weren’t many options, but we finally settled on a library that has a community room in the basement.

The kids and I got to the library a little early, so we could take everything down and start setting up.  Soon, we were all there, and the party began.  Because we didn’t have the room for very long, I didn’t take the time to take as many photos as I would have normally.  The kids all had fun coloring Disney coloring pages, playing DisneySide Bingo, and eating the snacks we all had brought. 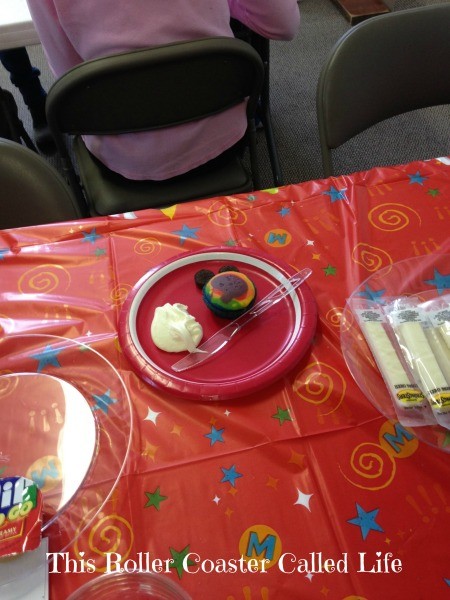 I thought that a “decorate your own” Mickey cupcake would be a fun idea, so I put a cupcake, frosting, and two mini Oreos on each plate. 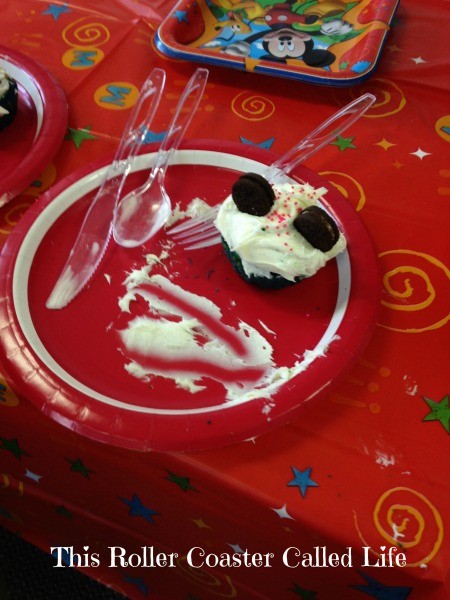 One of the other mothers went around with the container of sprinkles and sprinkled “pixie dust” on top of the finished cupcakes.

We had a fun time, and unfortunately, it was soon time to clean up and head out.  Marvel Boy had therapy afterward, so we couldn’t be late.  What’s great is that since meeting up for our DisneySide party, we have also met up for an educational trip to learn about the history of maple syrup making and to see how the sap is collected and made into syrup today.

Thank you so Disney and MomSelect for sending us goodies to use in our homeschool party!