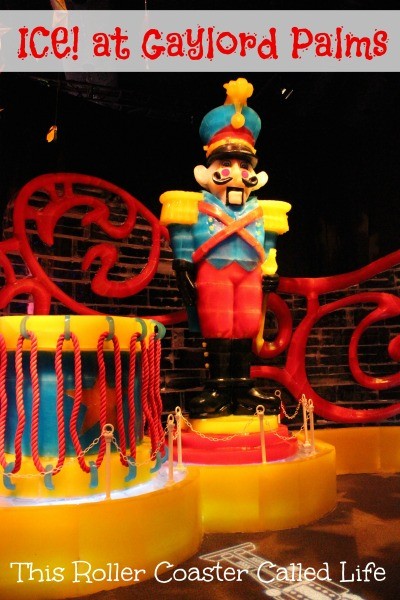 One of the things we wanted to see while we were in the Orlando area was ICE! at Gaylord Palms Resort.  We knew going into this that it would not be an inexpensive adventure, and it wasn’t.  Not only were the tickets expensive, but we also had to pay parking (higher than at the Disney Parks, if I remember correctly) just for the 2-3 hours we were there. 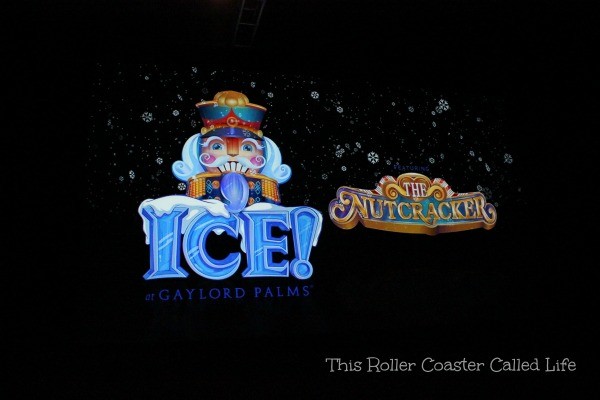 While we knew the price was steep, we also knew we wouldn’t be able to see something like there in very many places.  Before we went back into the cold, we watched a short movie about what goes into making these sculptures.  It sure takes a lot of work!

Also, we were offered jackets to wear.  Having driven from Pennsylvania, we had brought our coats with us.  After all, it would likely be very cold by the time we got home in the middle of December.  When we were offered the coats, we told them we had our own.  The gentleman was dismayed and told us it was 9 degrees in there, so we should take their coats.  Now, I’m thinking about all the mornings last year when it was 10 and below, and my coat worked just fine.  We politely declined again and went inside. 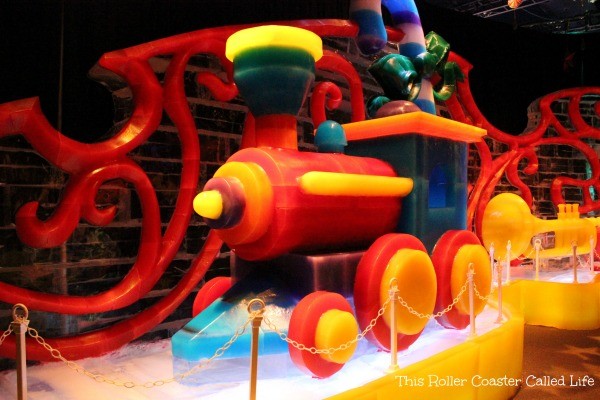 Now, I want to stop right here and say that I would probably not take my good camera in ICE! again.  It took so long for it to de-fog once I came out, and I was afraid there would be moisture left over.  It ended up being alright, but next time, I’ll take a cheaper camera in. 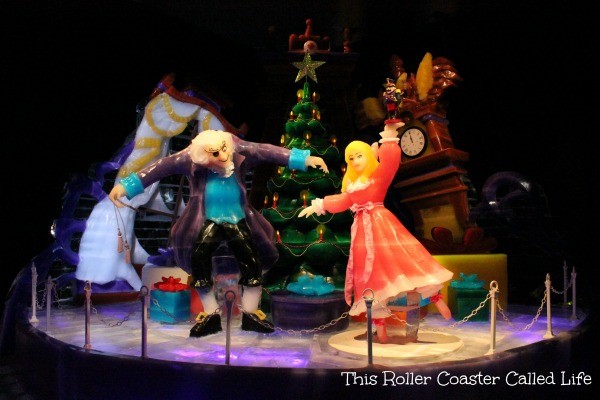 I LOVE how vivid all the colors were!  It is just amazing how the ice can be sculpted and colored so beautifully! 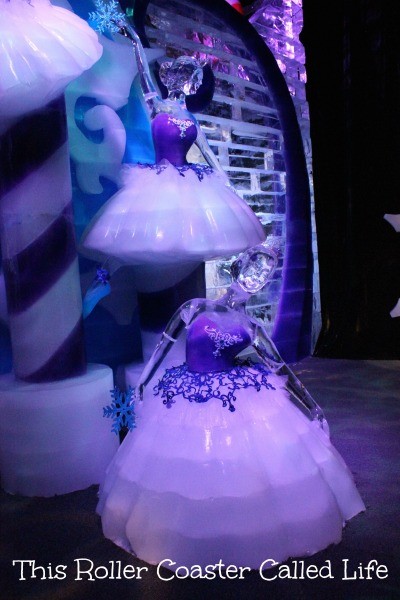 Look at the delicate filigree below the bodices on these ballerinas!  We were all just mesmerized by the beauty made of ice! 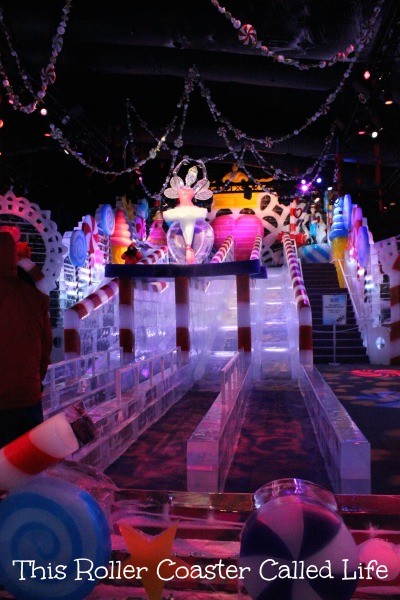 This is the only place that I would rather have had the coats they provided.  They were longer, and I could have used the bottom to slide down the ice slides on.  The kids used mats that were provided to kids.  {NOTE: They truly only provided them to kids, and on one ride, they refused to give Marvel Boy a mat.  This caused a meltdown that could have been avoided by their giving him a mat.  If you have a child who is larger and needs a mat.  Make sure you let the workers know that he needs a mat even if he may not fit their criteria.}

These slides are slipper, even though it is a little difficult to get going fast down them.  We saw a boy fall backwards at one point and hurt his head. 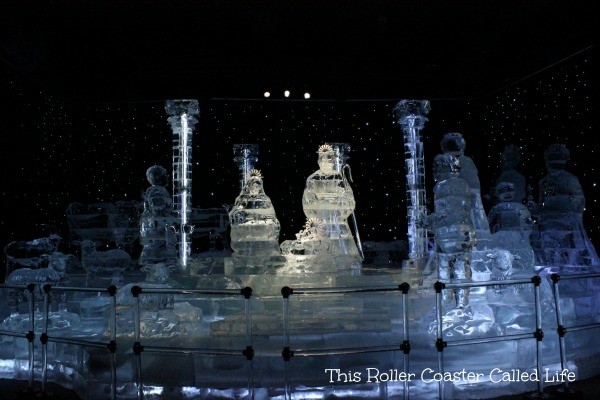 The end was the most beautiful part of all.  There was a giant nativity set made of clear ice with lights inside or under the ice.  It was so pretty when lit.  Right after that was an angel.

This was a unique experience, and it is my understanding that at least one other Gaylord Palms does ICE!, but the one I heard about had a different theme than the one we say in Kissimmee.  If you are interested in things like this, keep an eye out for the next themes and dates. 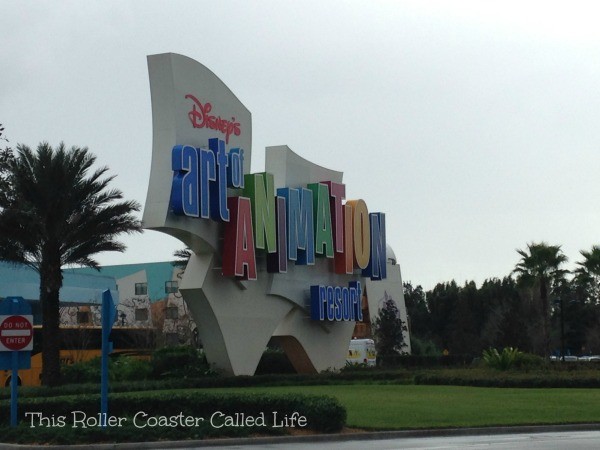 After we left ICE!, we decided to go over to Disney’s Art of Animation Resort for lunch.  As you can see, it was rather rainy and cloudy that day.  This was the theme for most of our time down in Florida and on the cruise. 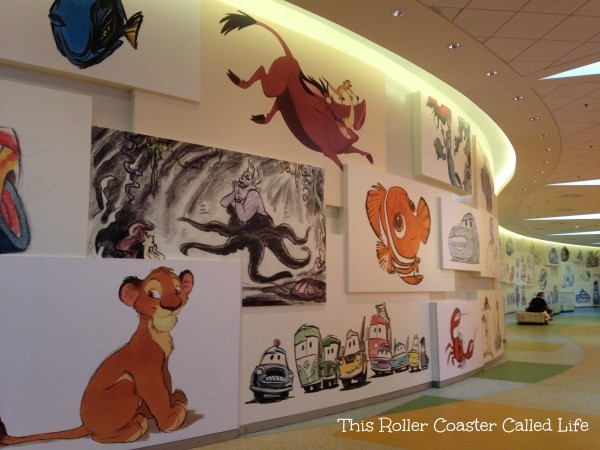 Disney’s Art of Animation Resort has such a great feel to it!  I hope we have the opportunity to stay here someday. 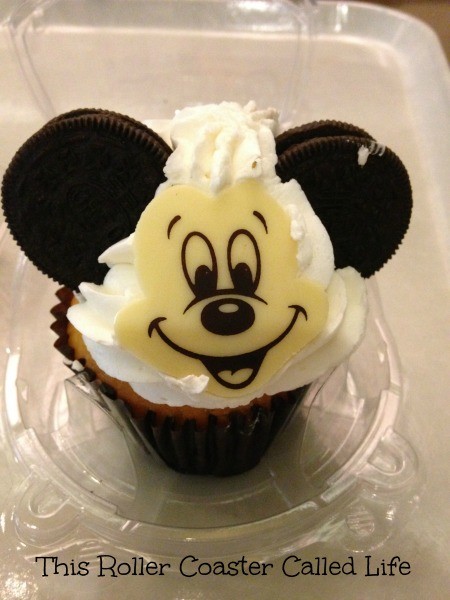 There were so many choices for lunch, and I had a really hard time deciding what to eat.  However, one thing that was on the kids’ list was a Mickey Mouse cupcake.  How can you go wrong with that?

Afterwards, we spent some time wandering through Downtown Disney again, so I could finalize some of my Christmas shopping.  I loved being able to get my shopping done in Florida, leaving me lots of time before Christmas! 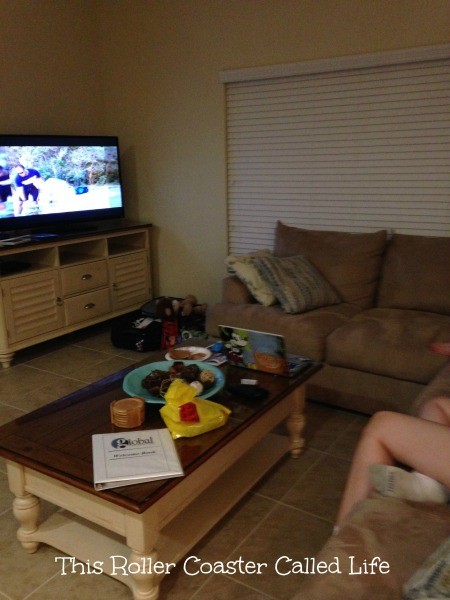 Finally, we headed back to our “home away from home” at Global Resort Homes where we kicked back to watch some television and unwind before heading to bed.

Stay tuned for my next post about our vacation!  If you have missed any of the posts in the series, you can find them at “Our Home Away from Home with Global Resort Homes“, “Sights and Sounds of Vacation“, and “The Day We Met Winter at Clearwater Marine Aquarium.”