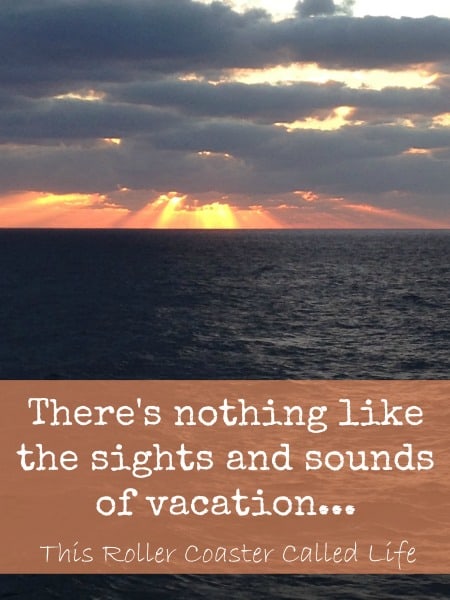 Sights and Sounds of Vacation

The beginning of December seems like so long ago!  We took a vacation the first two weeks of December, but unfortunately, when we returned, we were all sick.  In fact, I don’t remember too much about the last two weeks of December, and I’m just now getting back to normal.  Or at least, our new normal…  See, while we were on vacation, I accepted a new full time job.  While I’m excited at the challenges that this new job is throwing me, it has been very difficult to step into it while being sick during the holidays.  What keeps me going is the memories.  The sights and sounds of vacation.  On to the vacation details!

Our early December trip started with a VERY long drive down to Florida!  The drive seemed to go on forever, but in reality, it really wasn’t that bad.  It took us through states the kids had never been to before, so we got to see some new sights.

Not long before we made it, the dashboard of the car lit up with flashing lights.  While I really didn’t like it when the check engine light comes on while doing 80 mph down the interstate (just staying with the flow of traffic…), I had seen this combination of lights before.  Don called our home dealership, and the service department said it likely had to do with the gas cap.  They said to try to reseat it and that the lights should go away.  Unfortunately, this didn’t happen, so while we were still flying down the interstate and through construction THROUGH Orlando, we tried to find a Subaru dealership to reset the computer for us.  We contacted Subaru of South Orlando who said to bring it on by.  We drove over there, and they said it would be an hour or so before they could get to it.  While we waited, we looked at their stock of Subarus as I was planning on trading in my OLD car in the near future.  Soon, they told us it was done and all was fine.  First of all, it was done much quicker than they said.  Second, they didn’t charge us anything.  They knew we were tourists…  It is kind of hard to miss the out-of-state license plate.  They really could have taken us to the cleaner, but they didn’t.  Great service! Since we were going on a Disney cruise the second week of our vacation, we hadn’t planned on spending time in the parks.  However, we did want to go to Downtown Disney.  We hadn’t made it to Splitsville yet, but I was surprised when Songbird suggested that we eat supper there.  For some reason, I thought she would have suggested somewhere else. 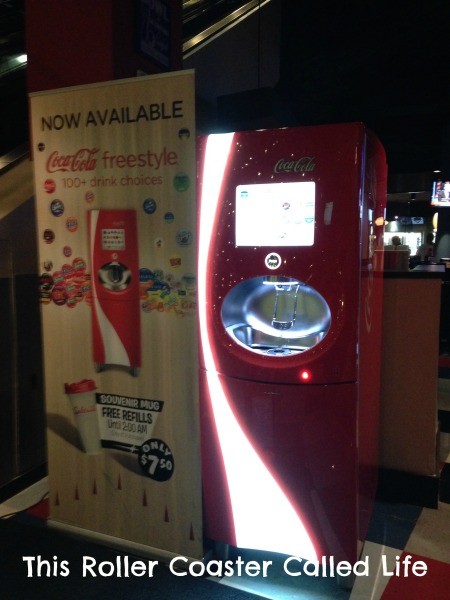 We had a great dinner here!  I had never tried or even seen a Coke Freestyle machine.  No, I don’t get out very often…  Since there are so many drink choices, Don and I decided to get the souvenir mug, so we could try different flavors.  Honestly, this is probably one of the best deals in Downtown Disney!  It is only $7.50, and you get unlimited refills until 2:00 AM.  How cool is that?!  Anyway, I found that my favorite flavor of the ones I tried is Vanilla Sprite. After supper, we walked around Downtown Disney.  One of the places that Marvel Boy wanted to go to was the Lego Store.  He had to make some more Lego figures, and we all enjoyed seeing the different sculptures outside. 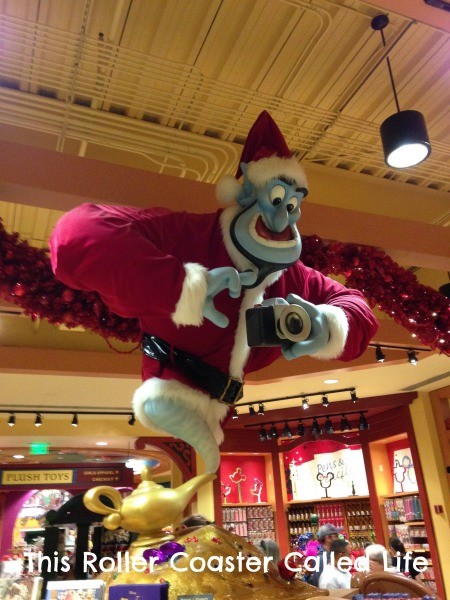 Then, we headed to the World of Disney.  I LOVE going to this store and could spend hours there.  Actually, I was on a mission.  I needed to take in what everyone was looking at, so I could go back on Friday to do some Christmas shopping.  Yes, we all love to see Disney presents under the tree on Christmas morning!

After having a nice relaxing time shopping in Downtown Disney, we headed back to our hotel to get some sleep.  It was nice knowing we wouldn’t have to do a full day of driving the next morning.  In fact, we slept in late and had a late breakfast.  We didn’t have to be anywhere until we checked into our vacation home that afternoon.

Don’t forget to check back for my next vacation post where I share about our trip to Marvel Boy’s absolute FAVORITE part of the whole vacation.  According to him, it was even better than our cruise, so you won’t want to miss it!