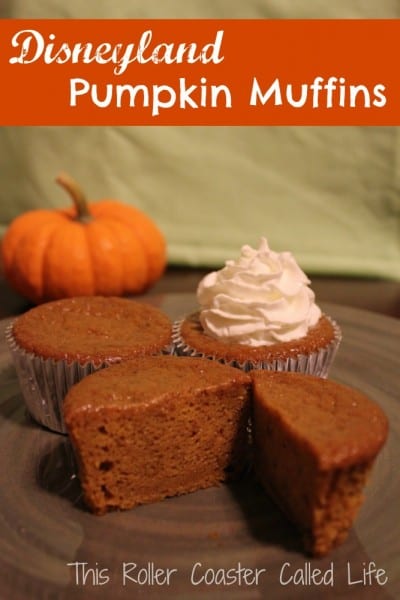 We used to live just over 8 hours from Disneyland, and when we did, we had annual passes for a couple of years.  It made sense when we went more than once a year.  During that time, Disneyland sent recipes out to their annual passholders.  I had heard so much about how great the Disneyland Pumpkin Muffins were that I made them right away.  I made some adjustments because we lived at a high elevation, and they were melt-in-your-mouth perfect.  Absolutely delicious!  When we went to Disneyland over the holiday season that year, I was so excited to get a pumpkin muffin from the source.  Unfortunately, it didn’t live up to my expectations as I bit into a muffin that was dry and had lots of raisins.  Now, it was the end of the day, so I’m sure it was dry just because of how late it was.  After that trip, I went home, made some pumpkin muffins from the recipe, and dreamed of walking down Main Street while eating my muffins.

These muffins have become a tradition in our house.  I love to make them during the holidays and often make a double batch to freeze some for later.  They freeze very well! 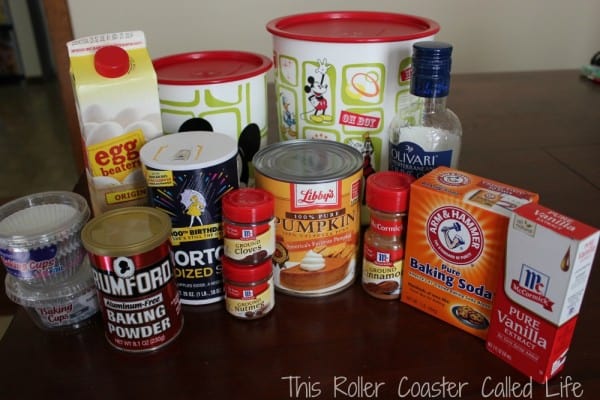 Even though I don’t live in the high elevation any more, I still use my adaptations as the muffins come out a little more moist.  It may look like a lot of work, but it really isn’t that bad. 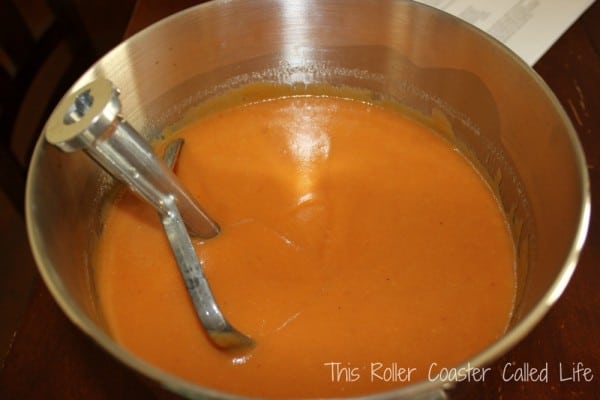 First, I mix all the “wet” ingredients in a bowl.  This can be mixed by hand; however, I prefer to use my stand mixer because I can make the muffins faster that way. 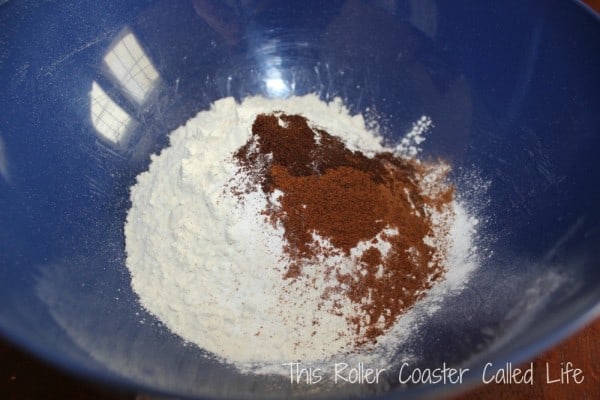 Then, I mix all the dry ingredients well in a separate bowl.  This is especially important if you are mixing by hand.  I’ll tell you from experience that biting into a clump of cloves isn’t a really pleasant taste. 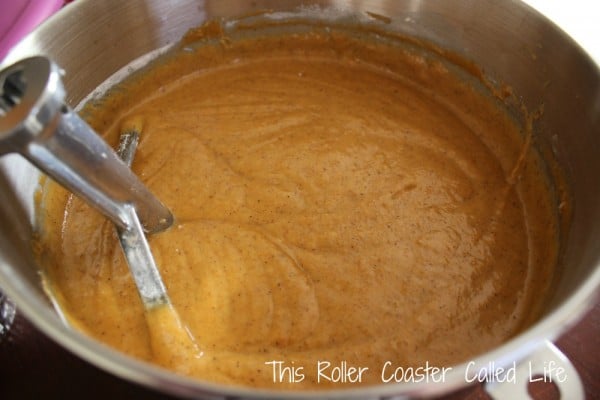 Then, I mix the dry mixture into the wet mixture little-by-little until it is all well mixed together.  By this point, I can hardly wait for the first batch to come out of the oven! 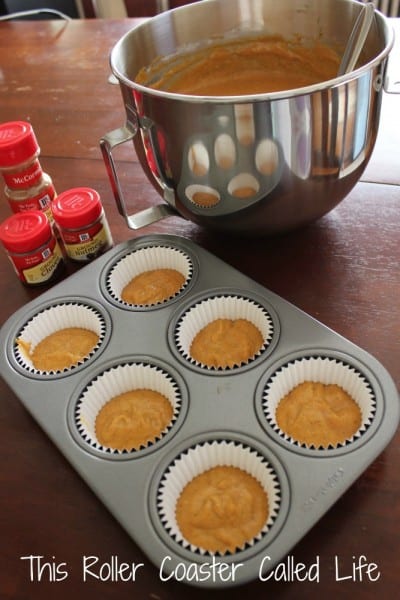 I use a regular tablespoon from the silverware drawer to spoon the mix into the muffin cups.  I use two spoons per muffin cup.  The cups in this picture aren’t quite full enough. 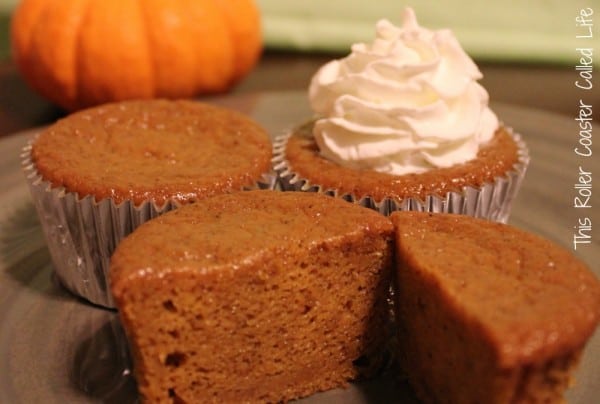 It is so hard to wait until the muffins cool to eat them!  The original recipe lists raisins, but I leave them out.  Also, the original recipe calls for a cream cheese frosting.  Personally, I think cream cheese frosting is too strong for the yummy taste of these muffins!  I eat my Disneyland Pumpkin Muffins plain, but if you want something on top, I recommend the spray whipped cream.