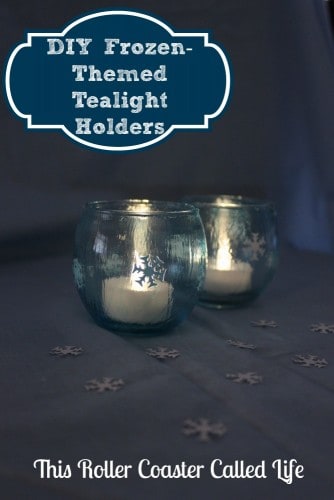 I saw a couple of people doing cool things with glue, food coloring, and glass candle holders, so I decided to see if I could put a winter/Frozen twist on it.  While we love Disney’s Frozen around here, this was more about making something to decorate for the holidays that we could leave up all winter long! 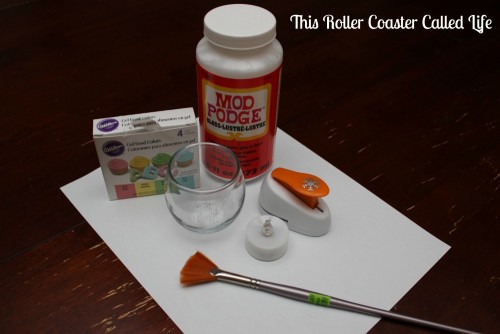 This is a really easy craft that the kids will enjoy, too.  I tried a few different variations on this craft that I’ll share with you in a little bit, but here are the basic supplies you will need: 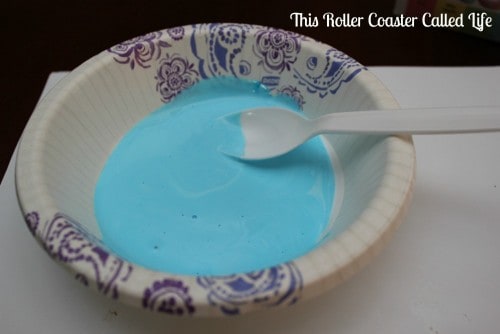 After punching out a few snowflakes from my white paper, I poured some Mod Podge in a bowl and added 5 drops of blue food coloring.  I love the look of this color! 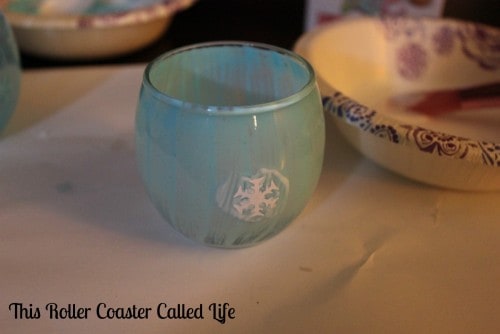 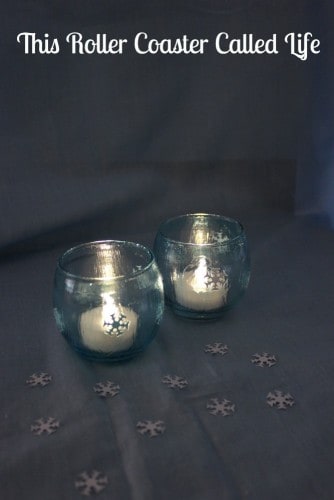 Now, that we’ve completed this project, my daughter says she has an idea for another way to decorate them.  We’ll share her great thought in the near future!  We had so much fun making our Frozen-Themed Tealight Holders!