I received one or more of the below items for free in order to facilitate this review. 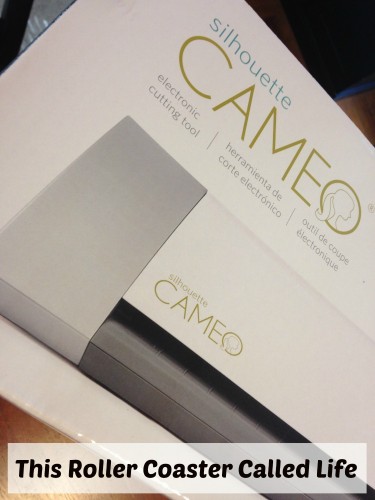 From the moment I heard a Silhouette CAMEO would be arriving at my house, I began planning what I would do first.  Of course, I wanted to start with an easy project as I have never used a machine like this.  I was sure there would be a learning curve involved as there is with any new device, but I also want to look at ways the CAMEO can help out in the homeschool area. 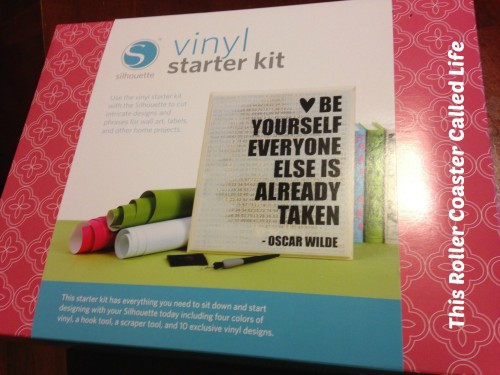 I decided to start with a simple vinyl project.  What a better way to start than with a starter kit?  I sure am glad that I started here because it had a nice tutorial as well as a few graphics that I could download for free to my Silhouette Studio software. 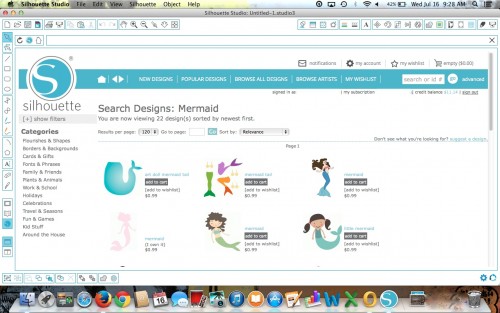 The design store offers LOTS of different options for designs at reasonable prices.  Most of the ones that I looked at were around 99 cents, but prices do vary.  There are categories to choose from, or you can do a search for specific designs as I did here with a search for “mermaid”.  It is easy to purchase the designs and download them to the Silhouette Studio software!  Also, there are a few options that are subscription based. 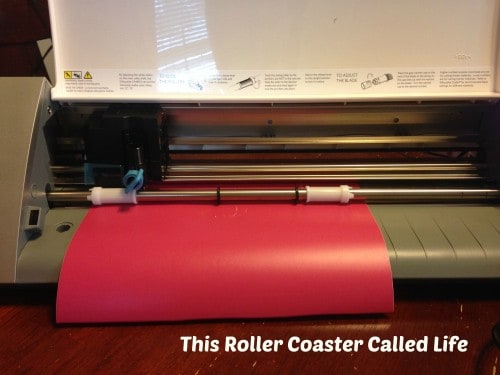 After watching the tutorial that came with the CAMEO, as well as the tutorial that came with the vinyl starter kit, I set up the CAMEO and cut a project out.  The CAMEO came with a cutting mat (not needed with the vinyl) and a blade.  The blade is hard to see as it is black and sitting just above the blue knob in this picture.  There are different numbers on the blade that correspond to cutting depth, and it has to be set for each type of material cut.

I started the process by opening several objects that I wanted to cut out in the design studio and resizing them to the size I wanted.  This was an easy task.  I loaded the vinyl.  Then, I selected the cut setting to make sure that the correct material and blade depth were set.  Finally, I sent the task to the CAMEO for cutting.  The picture above was taken during cutting. 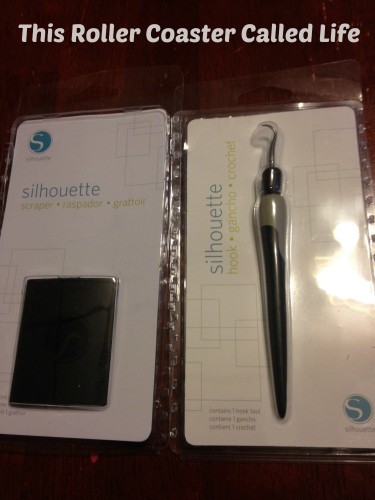 Let me show you two of the most important parts of the Vinyl Starter Kit.  The hook is used to clean the excess vinyl away from the design in preparation for transferring the vinyl to its destination.  The scraper is used in conjunction with transfer paper to adhere the transfer paper to the vinyl and then, to adhere the vinyl to the project (in this case, a tumbler).  I just wanted to point these out before heading on to the next step in the project. 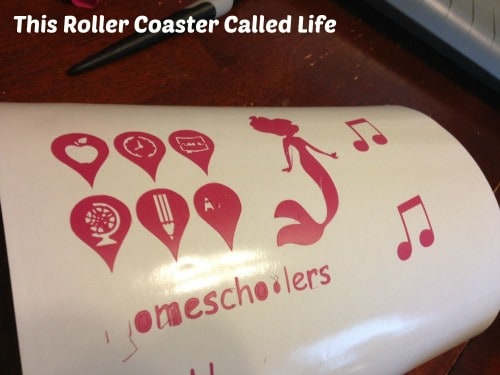 So, when the vinyl was cut, I pulled back the vinyl to leave the designs in place on the vinyl backing.  I’m sorry I don’t have a photo of actually pulling it back as it was a two-handed job.  I’m sharing my first project with you as choosing sizing and font is a learning process.  Notice my letters…  The font was thin and more difficult to work with.  I ended up redoing it in a different font that was thicker. 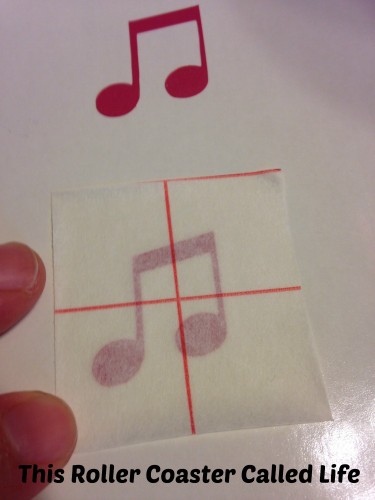 My daughter wanted her shapes in specific spots on her tumbler, so I cut a small piece of transfer paper and pulled off the backing.  I placed the the paper on the musical note and used the scraper to smooth it down.  At this point, I was able to pull the paper up with the vinyl attached.  Then, I placed it on the tumbler where I wanted it and again used the scraper to smooth the design down on the cup and lifted the transfer paper up.  The design stayed!  Isn’t that cool? 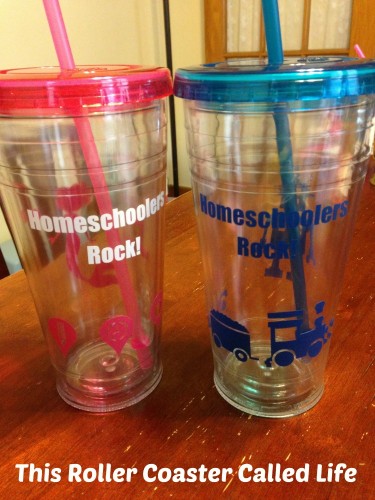 Here is a picture of my completed tumblers looking from the front.  I think they turned out nicely for a first try and look forward to trying many more projects with the Silhouette CAMEO. 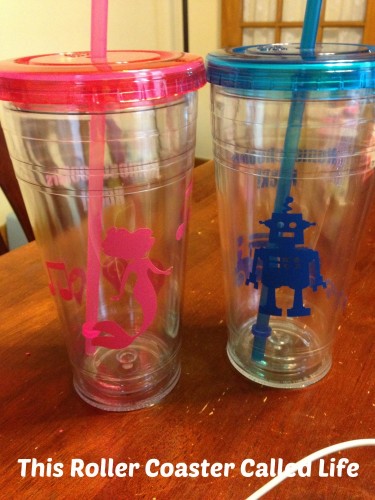 Here are the backs of the tumblers.  DS11 was happy to see the robot on the back of his!  Just a note:  Objects with vinyl should not set in water, so you don’t want to soak decorated items in the sink. 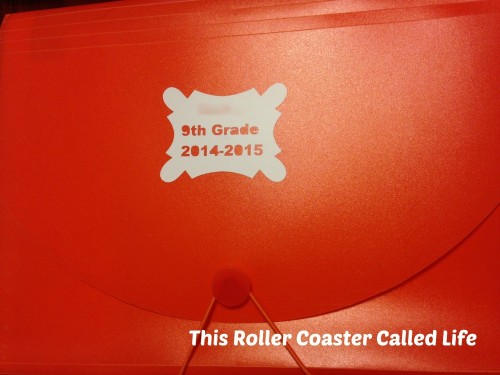 How else am I using my Silhouette CAMEO for our homeschool?  I’m working on labeling folders and containers in our homeschool cabinet.  Pretty soon, we’ll be all organized and know exactly where everything is!  Want to keep up with our progress organizing our homeschool space?  Make sure to follow me on Instagram!  Looking for project ideas?  Follow Silhouette America on Pinterest!