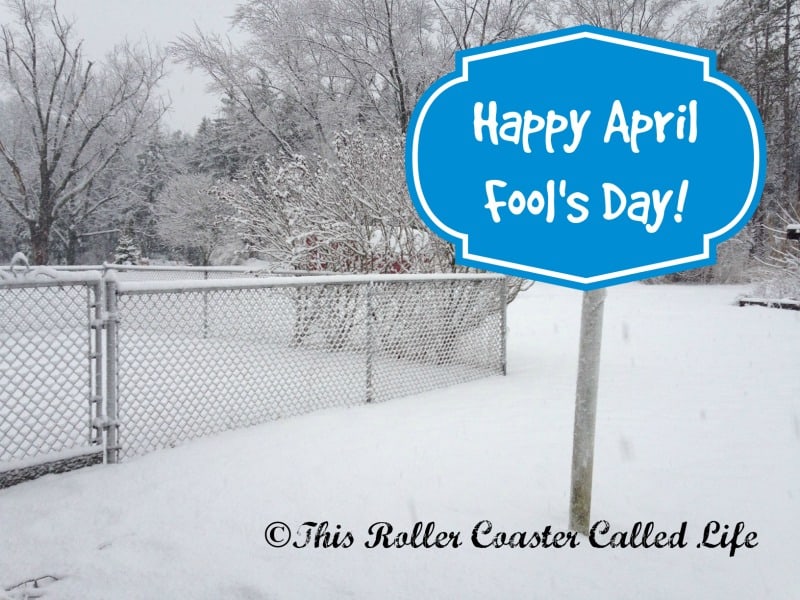 So, today is supposed to be April Fool’s Day, but honestly, I really think that April Fool’s came early on Sunday!  The family was out and about having a great time.  When we started heading home, we knew it was sleeting.  The temperature was above freezing, so we thought our trip would just be a wet trip.  Little did we know that the closer we got to home; the thicker the snow and slush would be on the road.  Can you believe it?

We got within about five miles of home when I got behind a vehicle that for some reason was temporarily on the wrong side of the road.  How?  I’m not sure, but he finally ended up in the right lane.  Although, he frequently was straddling the center line.  After two or three miles of this, the vehicle decided to move off the road.  This was a relief to me as I had several vehicles lined up behind me.  We continued on toward home at about 25 mph slipping and sliding all the way.  I was so relieved when we made it to the main road!  Bad news…  The main road wasn’t plowed either. 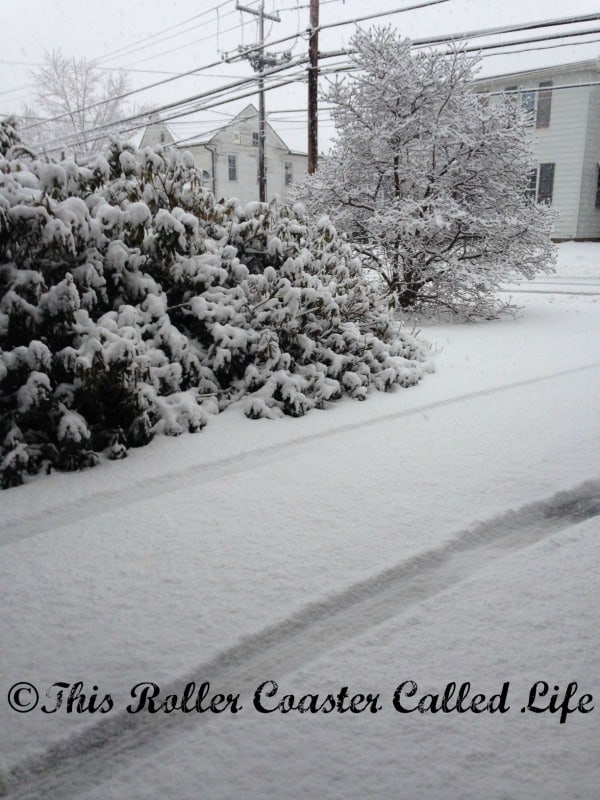 We made it home, but I was supposed to work Sunday night.  I knew I couldn’t make it to work with the way the roads were at that time.  I consulted the Weather Channel (you know, the ones who missed this storm in the first place…) and found that the snow was supposed to stop at 8 pm.  Since I didn’t need to be to work until 10:30 pm, I figured I’d have enough time to make it after the snow ended, and the road was plowed.  Little did I know that the Weather Channel was wrong again, and they extended the advisory until 1:00 am.

I hopped in the car at a little before 9:00 pm and headed out.  I made it from my side road to the main road to find out that the main road was worse.  Once I got to the edge of town, I saw vehicles stopped.  As I got closer, I saw a large SUV turned sideways in the road with a flare beside it.  There was a man in a vest in the middle of the road.  As I drove up and rolled down my window, he asked me where I was going.  I told him, and he said that the road was closed.  He said there was only one was to get there, but he had just come from that way, and he didn’t recommend going.  I decided to turn around and go home.  No, I didn’t feel good about calling in.  I really don’t like doing that; however, I really didn’t want to slide off somewhere, or worse, get in a bad wreck.

We ended up getting 7 inches of snow.  Monday afternoon, I shoved my slushy mushy mess while I was in short sleeves.  Yes, I believe that April Fool’s Day arrived two days early!