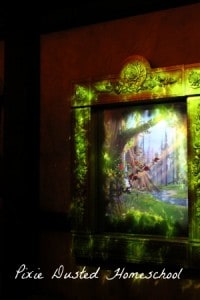 When we were at Walt Disney World last year, DD13 wanted to see Enchanted Tales with Belle in New Fantasyland.  We were able to experience it on the night that we went to Mickey’s Very Merry Christmas Party.

When we first entered, we saw the picture above on the wall ahead of us. 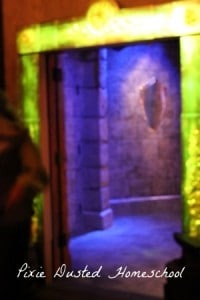 In a short amount of time, the picture magically enlarged to expose a doorway into another room.  In that room, 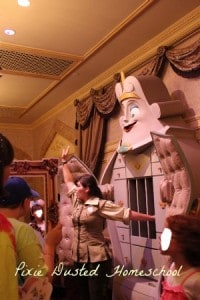 we were greeted by the wardrobe from Beauty and the Beast.  Here the cast member chose people from the group to play different parts in the play.  DS9 was chosen to be a laughing picture, and DD13 played the part of the singing wardrobe. 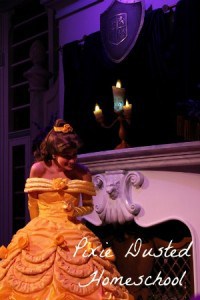 Then, we were escorted into a room with benches.  We were supposed to surprise Belle when she arrived into the room.  Soon, we were re-enacting the story of Beauty and the Beast. 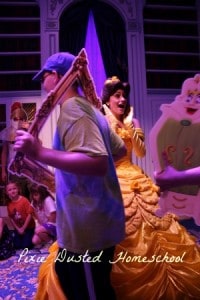 A Disney PhotoPass photographer was on hand to capture photos of everyone involved.  All those involved had their picture taken with Belle individually.  As we left, we were handed a special PhotoPass card, so we could take it to have just the photos of our kids added to our existing PhotoPass card.  This certainly was lots of fun!