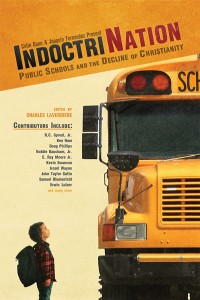 As you may know from reading here before or may have deduced from the title of this blog (Pixie Dusted Homeschool), we do homeschool.  While homeschooling is not for everyone, it is something that works for our family.  BUT, what you don’t know is that we didn’t always homeschool.

We started our daughter in Kindergarten at the tender age of almost five.  She already knew how to read, and we talked to the teachers to see if they would work with her at her level.  We were assured that they would.  What I found out later was that they didn’t.  Not only did I find out that her primary teacher tied her in her seat when she would get up because she was bored with pre-K and K work…  TIED HER IN HER SEAT!  I also witnessed the day the teacher “lost it” and laid rubber in the parking lot as she left her class unattended because she was confronted with not following through with what she said she would do. {We found out later that this teacher had emotional issues and had had problems at a different school.}  We took our daughter out that day, and to this time, she has NO desire to return to a “real” school.

What does this have to do with the book I am reviewing?  Well, what happened to my daughter happened in a private school.  We had put her in a private school because we knew several of the things about the public school system that were brought out in the book, IndoctriNation.

1) In two reports to the Southern Baptist Convention, T.C. Pinckney found that 70–88 percent of evangelical teens will leave the faith within two years of graduating from high school. (pg. 36)

I don’t want my children leaving God because of what they are taught in school!  Further down on the above quoted page, it mentioned, “We are losing more children much younger than previously thought: 83 percent of those surveyed started doubting the Bible in middle school and high school.” (pg. 36)  We need to guard our children’s hearts and ears during the early years and teach them the truth, so they are not easily swayed by the teachings of others.

2) In fact, the textbook Treatments of Psychiatric Disorders notes that cocaine, amphetamines, and methylphenidate are neuropharmacologically alike and that their clinical effects cannot be distinguished in laboratory tests.13   Moreover, both the World Health Organization and the Food and Drug Administration place methylphenidate in the same high addiction category (Schedule II) in which they place amphetamines, morphine, opium, and barbiturates. (pg. 42)

So, what is methylphenidate?  Methylphenidate is Ritalin.  The drug given to students who are suspected to have ADHD.  In a sense, “legal speed”…  I have no doubt that if my son had attended school, he would have been put on Ritalin; however, he doesn’t need it.  He has some physical issues with his hands that causes him frustration, but he is learning to work through those.  Over the years I have worked with him, he has gotten to the point that he can sit still through and concentrate during a couple of lessons at a time without fidgeting or causing problems.

3) The discipline system in more and more public schools today is formally known as Positive Behavior Interventions and Supports(PBIS). Based on Skinner’s theory of human behavior, PBIS operates on the assumption that children will behave properly if all the conditions around them are just right. It follows that without these positive conditions children cannot be expected to behave, and the fault of their misbehavior must only be attributed to their negative environment, not to the children themselves. PBIS goes so far as to say that consequences for misbehavior actually contribute to behavior problems because negative consequences give attention to and thus support negative behavior. (pg. 86)

This biggest error I see with this is that there is NO right condition.  This is teaching children that they should only behave if everything is right for them.  I don’t think I have ever worked in a job that had perfect conditions.  Have you?  My training is in the medical field, and there is always something changing.  Nothing is ever the same, and very rarely is it perfect.  How is this teaching our children to live in the “real world”?  The real world has consequences; thus, children should learn what consequences are.  NOTE:  Please don’t interpret this to mean spanking because that is not my intent.

There is so much more packed into this nearly 400 page-long book!  It is so worth the time to read it to see what is actually happening in our schools today.  You might be surprised at what has changed; since, you were in school.  I especially encourage anyone with children to read IndoctriNation.  Homeschooling is a personal decision.  I’m not judging those who do not homeschool because it truly is NOT for everyone, plus, it is not my place to do so.  Even if you send your children to school, this book can help you keep aware of different things that may be happening in your school system and help you combat the influences on your children.

IndoctriNation is a companion to the IndoctriNation movie.  I really loved watching the movie because it made so much of it more real hearing from the people themselves.

Connect with the authors here:

You can read other reviews of this book at:

‘); // ]]>
Disclaimer:  I received a PDF of IndoctriNation for the purpose of this review.  The opinions stated above are my own, and I have not received any other compensation for this post.