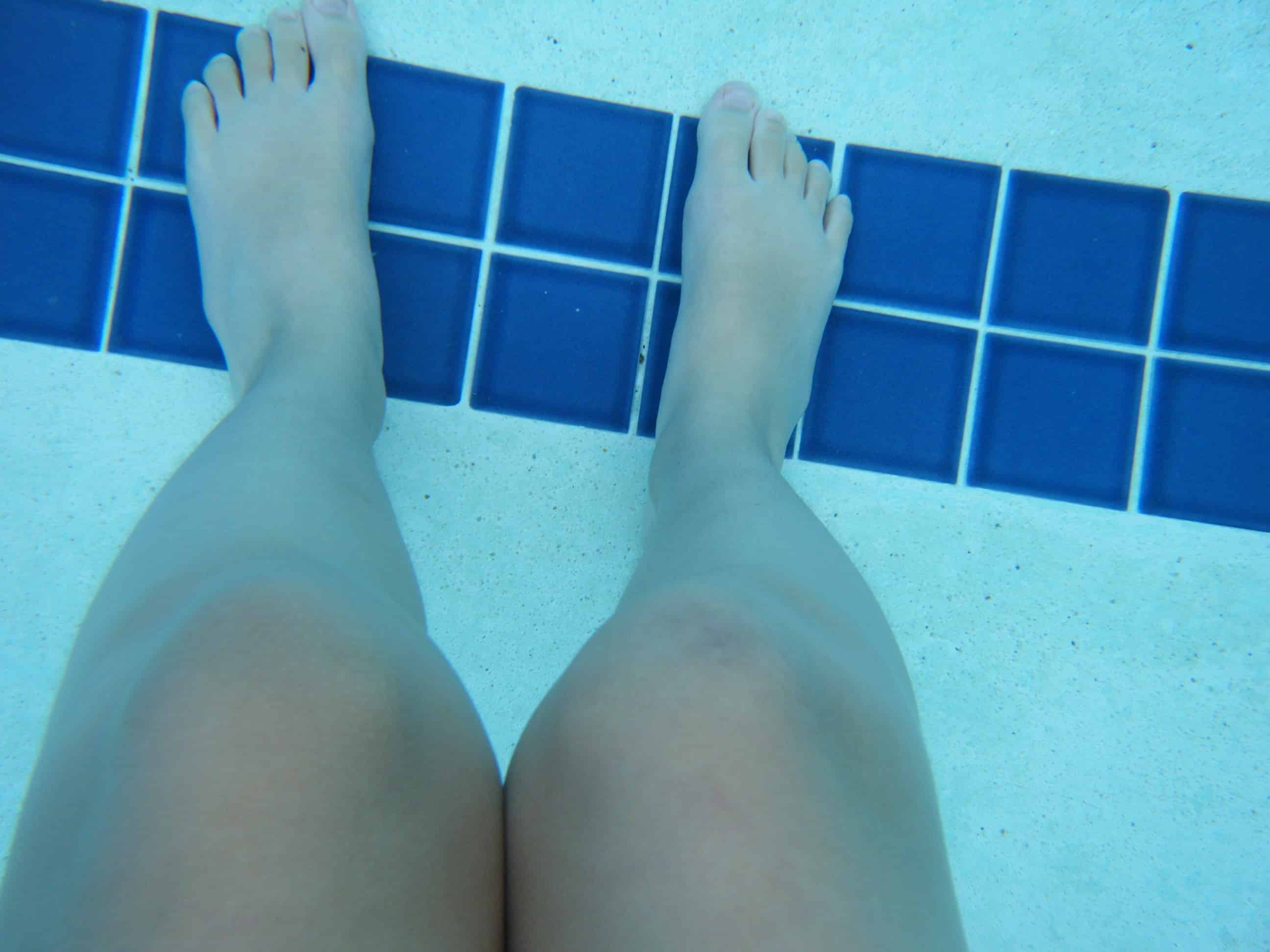 What does it take to get a doctor to seriously look at a patient’s feet?  Well, in our case, it took almost two years.

Almost two years ago, DD11 developed petechiae on her feet.  Petechiae are small red or purple spots caused by bleeding under the skin.  As I have posted previously, DD11 has muscle weakness and an awkward gait.  Anyway, we took DD11 to the pediatrician who ordered some lab tests to check for a decrease in platelets.  Everything was normal.  We were told that everything was fine but to call back if she got any more.  Well, she did get more petechiae.  We called the pediatrician back, and she ordered more lab work.  Those tests were normal, as well.  DD11 continued to get more petechiae, so the pediatrician referred her to a dermatologist.  See, the pediatrician was not convinced that they were petechiae.  As a former laboratorian, I knew what they were from experience.

When we took DD11 to the dermatologist, he was running late by an hour and a half.  When we were taken back to an exam room, it was after noon.  The dermatologist blew us off, presumably so he could eat lunch.  He said that it was a rash due to a prior viral infection.  Ummmm…  DD11 hadn’t been sick.

We kept an eye on the petechiae and made a mental note about what was happening just prior to their appearance.  We discovered that they were heat related.  They first appeared after playing at the playground on a warm day.  We can produce them with a warm shower prior to doctor appointments, now, so the doctor can see them fresh.

About a year after the petechiae first appeared, the pediatrician announced that she thought that DD11 had Marfan Syndrome.  Marfan is one of two collagen disorders.  DD11 was sent to a cardiologist to have an ultrasound of the heart to look for enlarged blood vessels in the heart.  She also was sent to an ophthalmologist to be checked for a lens detachment.  Everything was normal.  Then, we were sent to a geneticist.  The geneticist didn’t think that DD11 had Marfan but tested her for other genetic conditions.  She acknowledged the petechiae but said that she didn’t think that it was a major player in the overall scheme of things.

Today, we saw a neurologist.  He LOOKED at her feet!!!  I had DD11 take a warm shower this morning so that she would have fresh petechiae for him to see, and he LOOKED!  Not only did he look, but he said that he thinks this may be important!  We were so excited that someone was actually looking and listening.  He said that DD11 has “Central Hypotonia”.  Her “normal” will never be what everyone else perceives to be “normal”.  DD11 has been in physical therapy for four months now.  She has strengthened but is still far below the accepted “norm”.  Physical therapy and occupational therapy will be part of the rest of her life.  He also is thinking that we are back to researching the possibility of Marfan or Ehlers-Danlos Syndromes.  He thinks (as we have thought) that the petechiae may be signaling a collagen deficiency of some sort.  While this is not his specialty, he does have contact with a leading specialist in that area.  He said that he is more than happy to try to help us find the answer.  He seems to be nothing short of a gift from God to us.

DS7 exhibits some of the same weakness as DD11 and will be probably be worked up as soon as we have direction on her.  DS7 also shows signs of the autism spectrum of disorders.  The occupational therapist agrees with this observation.  We are putting off his autism testing until the muscular/collagen issues are addressed.  The beauty of homeschooling is that we can address the autism spectrum issues at home ourselves.

And so, the testing continues…..