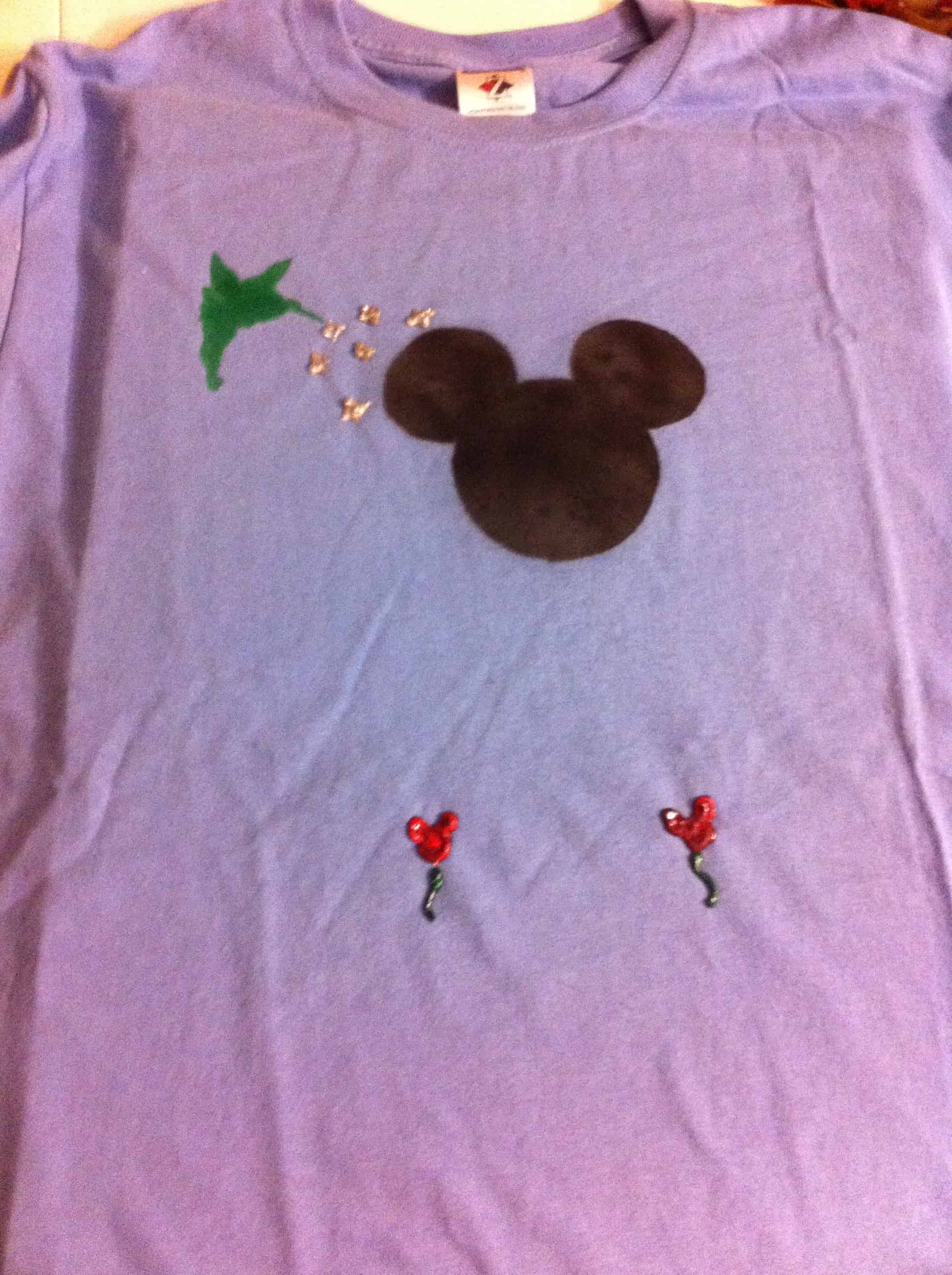 My trial shirt before going to Joanne’s tomorrow!

I’m starting to get a little concerned about taking the kids to Disneyland by myself.  When they were much younger, I would take them to Silver Dollar City in Branson, MO quite frequently, but that is a much smaller park.  That usually never entailed more than a couple of nights in a hotel.  The travel is not what really scares me.  There are only so many places that they can jump off the train at, right?

My main concern is that both of my kids are “runners”, and I don’t mean runners of the marathon type.  Fortunately, DD11 has gotten better over the years, but she once disappeared from her class at campmeeting.  How can a 6 year-old escape from a church class at night???  Mine can!  DS7 is my biggest problem.  He doesn’t know a stranger.  Yes, I have shown him the Stranger Safety video with Safe Side Super Chick and talked incessantly about “Don’t Knows” and “Kinda Knows”, but it doesn’t stick.  Also, he has to understand exactly who is safe to ask for help if he runs off, and who is not safe.  We have tried to instill in him the necessity to talk to Cast Members or a mother with children if he needs help.  In case all of this does not work, we use matching shirts.  This way, if he gets lost, he won’t have to remember what everyone else was wearing.  He can just point to his own shirt.  He also wears a Mickey head paint chip from Home Depot that is put around his neck on a string.  The Mickey head has my cell number on it in case DD11 and I are not close by.

My other concern is whether or not DS7 will be able to wait semi-patiently in line.  Most lines, he does ok in, but some lines scare him.  He does alright with his father there, but he won’t be there this time.  Poor DD11 is just going to have to realize that if her brother won’t wait in line, we will just have to get out of line and try something else.  Of course, there is also the problem of she likes dark rides, and he likes roller coasters.  This may present another problem.  They both have been told that we will only go on rides that both of them like, so we are starting to put together a list of rides to shoot for.